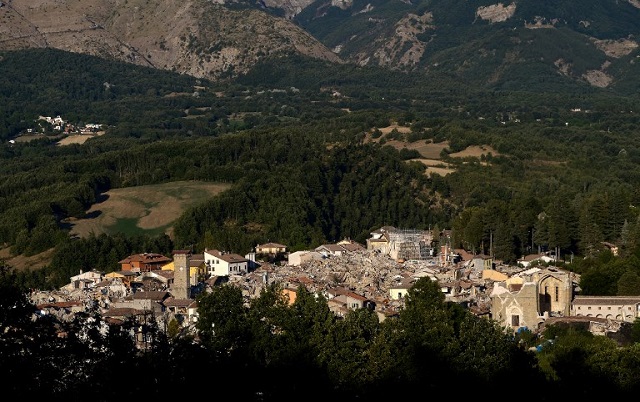 No injuries or damage to buildings were reported in the tremor, but the epicentre in Campotosto lies directly between the towns of Amatrice and L'Aquila, which are both still recovering from a series of earthquakes over the past 12 months.

READ ALSO: Which areas of Italy have the highest risk of earthquakes? Map showing the location of the quake's epicentre.

Ingv reported that the tremor took place at 6:34am and had a 13 kilometre-deep epicentre.

It followed a series of three small earthquakes the previous evening, the largest of which had a magnitude of 3.3.

According to the mayor of Campotosto, there were no requests for help from firefighters, partly because the majority of local residents are still living in temporary accommodation which is built to anti-seismic standards.

Low-magnitude quakes are extremely common in the L'Aquila province, which lies on a major fault line, however the majority are not felt by the local population. A 3.9-magnitude event is at the upper end of the 'minor' category on the Richter scale, meaning it is usually felt by people in the area but is unlikely to cause any damage.