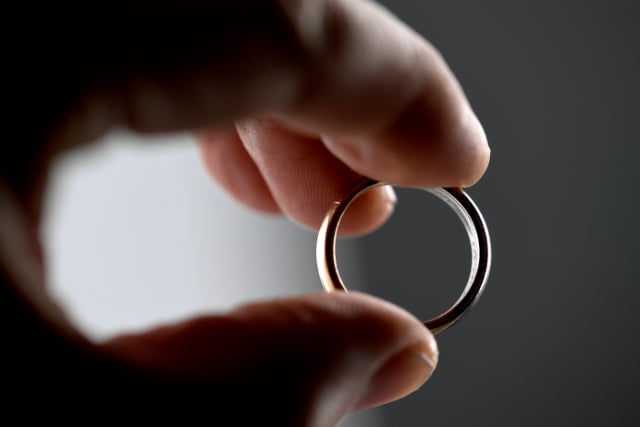 File photo of a wedding ring (not the one in the article). Photo: Janerik Henriksson/TT

“Fans left wondering if Daniel Bedingfield has tied the knot as he shows off new kiwi tattoo while wearing a silver band on his left-hand,” read the headline on Mail Online, the online version of the Daily Mail, on Thursday.

They were referring to curious comments left on the New Zealand-born artist's Instagram (scroll down to see the post), where he had posted a picture of a man baring his chest to reveal a tattoo of a kiwi bird and a kiwi fruit.

“Lifting up his top, Daniel – who moved to the UK when he was three months old – displayed his eye-catching tattoo which displayed the national bird cut in half to reveal a Kiwi fruit, bringing a double meaning to his caption: 'Kiwi',” the article continued.

“Although his new body art commanded immediate attention, it was his ring-baring [sic] hand that got his followers talking as they commented whether he had got hitched.”

But if fans were stunned it does not even come close to describing Irena Pozar's reaction at seeing the headlines, because she knew the ring-wearing man was not Bedingfield. It was her husband.

“I laughed out loud. For real. It becomes so clear how 'news' created through speculation in a comments field on Instagram don't really stand up,” Pozar, the editor of Swedish women's magazine Veckorevyn, told The Local. Bedingfield and Pozar's husband Johan Falkman Pozar met through a mutual friend in Stockholm earlier in the week, she revealed, and Bedingfield then snapped a picture of the Swede's impressive tattoo.

“It's fun that Daniel and I have a special bond now, not to mention Daniel and Johan,” she joked.

She also commented on Twitter: “Daniel Bedingfield has thanked Johan for his 'ripped body' because everyone now thinks Daniel has muscles.”

Bedingfield has also commented on his Instagram account telling fans: “Relax guys, this is not me. It's just the coolest tattoo ever.”

Bedingfield, 37, is a singer, songwriter and producer, famous for hits such as 'Gotta Get Thru This', 'If You're Not The One' and 'Never Gonna Leave Yor Side'.

He won a Brit Award for Best British Male Artist in 2004 and has been a judge on the New Zealand version of 'The X Factor'. He is the brother of fellow artists Natasha Bedingfield and Nikola Rachelle and is currently based in the US.