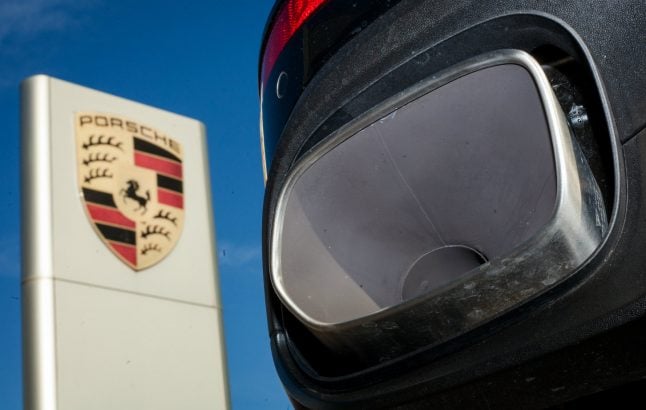 The original version of the ministry report stated that Porsche's Macan SUV vehicle had been installed with a software which “according to regulations is a mechanism to turn off the emissions purification system,” Bild reported on Monday.

But when Porsche put pressure of the ministry, the final published version of the document stated that a software installed in the car “can be seen as changing the emissions process of the exhaust system.”

Since 2015 Porsche’s owner Volkswagen has been embroiled in an ongoing scandal regarding a software it installed in its diesel cars, which lowered emissions of nitrogen dioxide to legal levels only when the car was undergoing testing.

On Thursday, over a year after the publishing of the original document, the Transport Ministry ordered luxury car brand Porsche to recall 22,000 vehicles across Europe.

Transport Minister Alexander Dobrindt told reporters that “illegal” software disguising the true level of polluting emissions had been discovered in Porsche's Cayenne and Macan models, which must now be fixed.

The Green party said that the changed wording of the 2016 Transport Ministry document proves that the Ministry had been involved in a cover-up – and that since early 2016 they knew that Porsche was breaking the law.

“There was a cover up at the time. And now Minister Dobrindt is making Porsche out to be the sole guilty party, so that he can distance himself from the scandal as far as possible,” said Green party deputy leader in the Bundestag (German parliament) Oliver Krischer.

The Transport Ministry did not deny the report but said that consulting with car makers on technical documents was “an internationally normal and necessary” practice.

Prosecutors in the southwestern city of Stuttgart, a bastion of Germany's all-important car industry, had said earlier this month they had opened a probe against persons unknown working for Porsche.

The investigation into “suspicion of fraud and false advertising” stems from “possible manipulation of exhaust treatment in diesel vehicles from Porsche AG”.

Porsche spokesman Christian Weiss told AFP at the time that the company “takes the prosecutors' investigation very seriously” and would “do the utmost to clear up the issue comprehensively and as quickly as possible”.