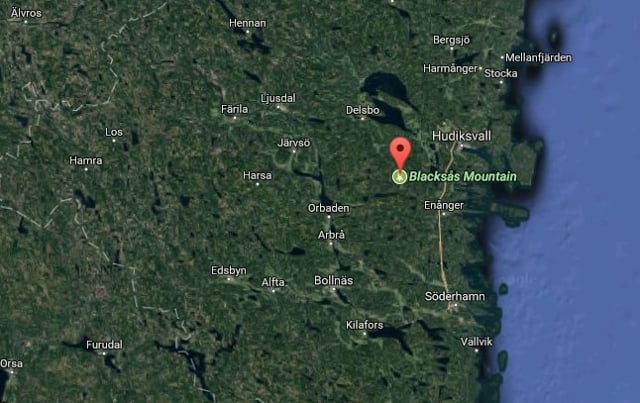 The girl disappeared at around 11.30am on Sunday on a forest walk with her family.

They had visited the view point on top of Blacksås hill and had had a picnic. On the way back to the car she and her brother ran ahead, but got lost. The other child was soon found, but the girl was nowhere to be seen.

There were concerns for the girl's safety in the largely inaccessible terrain and a major search operation was quickly launched. There are caves and mining holes in the mountain from when farmers tried to look for ore in the 1930s, cliffs including one spectacular 150-metre drop, and brown bears, said police.

One officer reported hearing a bear during the search, but hunting dogs were not able to pick up a scent.

“We've had patrols here from Västmanland, Uppsala and Gävleborg, from our entire region and then the mountain rescuers came from Östersund,” police control room officer Mikael Lindgren told TT.

The girl was found at around 1am on Monday by police dog handlers, some 500 metres from where she went missing. She is understood to be in good health and has been reunited with her parents.

“She was somewhat wet and a little cold,” said Lindgren.

The girl had been walking around in the deep forest and rough terrain trying to find her way back, reports the Expressen tabloid. Eventually she sat down and slept for a while, before she was found.

Because the weather had been warm and sunny earlier in the day, the girl was only wearing shorts and a t-shirt when she went missing, but the temperature dropped to 13C with fog later in the evening.

Blacksås nature reserve is located around 20 kilometres south-west of Hudiksvall in central Sweden.