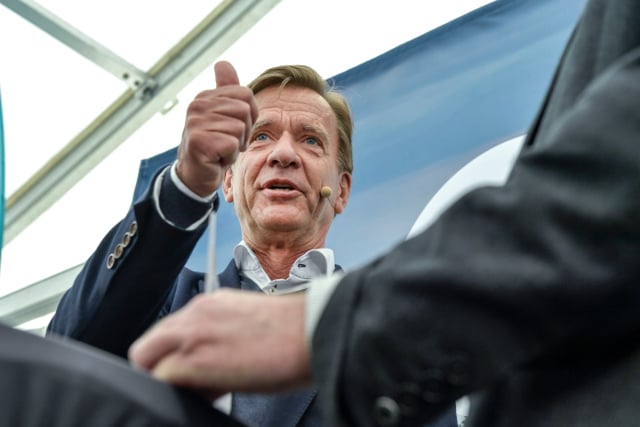 “This is about the customer,” said Volvo Cars president and chief executive Håkan Samuelsson in a statement. “People increasingly demand electrified cars, and we want to respond to our customers' current and future needs. You can now pick and choose whichever electrified Volvo you wish.”

Volvo said it would launch five fully electric cars between 2019 and 2021, as well as petrol and diesel plug-in hybrids and so-called “mild-hybrid cars”, cars with a small petrol engine and large battery.

“This announcement marks the end of the solely combustion engine-powered car,” said Samuelsson. “Volvo Cars has stated that it plans to have sold a total of one million electrified cars by 2025. When we said it we meant it. This is how we are going to do it.”

Volvo Car Group is owned by Chinese Geely Holding. It is headquartered in Torslanda, Gothenburg, and has a factory there as well as in Ghent, Belgium, and Chengdu, China.

European car makers have been racing to develop electric vehicles.

German car giant Volkswagen is championing electric models in a bid to clean its tarnished reputation, after it admitted in September to installing emissions cheating software in 11 million diesel-powered cars worldwide.

Higher-end manufacturers like BMW and Daimler, which owns Mercedes, are also jostling for a share of the electric vehicle market, but face a challenge from newcomers like Tesla, which has had a head start in autonomous driving as well as electric power.