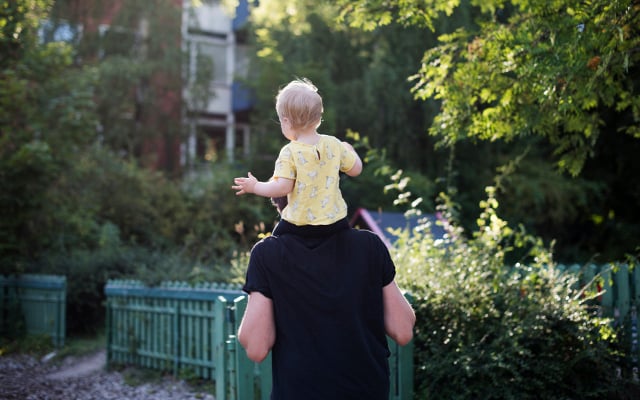 Swedish parents are entitled to evenly distribute parental leave - but that isn't always the case in practice. Photo: Izabelle Nordfjell/TT

Swedish parents are entitled to 480 days of paid parental leave per child, which in theory can be distributed evenly between the two parents. In practice it isn't always the case that the father takes an even share of the leave however, and according to a new study by Swedish researchers published in the Journal of Family Issues, a lack of satisfaction with the division of leave can have a serious impact on the lasting strength of a relationship.

“It's interesting above all because we see that even parents who think it's important to share parental leave evenly, ultimately don't end up doing it. In general the argument parents make for dividing parental leave the way they do is for economic reasons, work, or the second parent's desire to be home or not be home. But there are likely a lot of norms regarding the domain of men and women that control it too,” Stockholm University’s Maria Brandén, one of the researchers behind the study, told The Local.

The study looked at how discrepancies between the perceived ideal sharing of parental leave and the actual division of the leave can be linked with relationship satisfaction going forward, future childbearing, and even the eventual dissolution of the union.

It used data from 554 parents in heterosexual partnerships in Sweden, asking them how long their last completed period of parental leave was, and how satisfied they were with how it was shared between them and the other parent.

The research showed that it is common for men to be unhappy with how leave was shared: one in four dads wished they had been home with their child for longer.

And that dissatisfaction can have serious consequences for the family, the study concluded, as dads who wished they had been at home with their kids more were shown to be more than twice as likely to separate from the child's mother than those who were satisfied with the distribution.

Dissatisfaction from fathers was also shown to have a negative impact on their likelihood of having another child with the same partner in the future.

An even distribution of parental leave is therefore ultimately better for the future of a couple, researcher Brandén affirmed:

“I would say that. Making it possible for men to be at home for as long as they often want to be – but seldom do – is important”.

Though women still claim the lion's share of parental leave, the percentage taken by men is slowly increasing, growing to 27 percent in 2016 compared to 12 percent in 1999.

READ ALSO: Why a Swedish MEP took her baby to vote in parliament (and went viral)