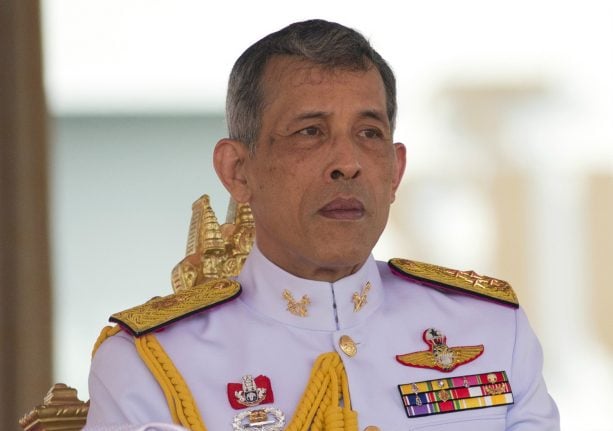 King Maha Vajiralongkorn Bodindradebayavarangkun of Thailand loves spending a bit of down time in Bavaria. The only problem is, he isn’t safe there from the pranks of youthful jesters.

As he was cycling with his entourage through the Bavarian town of Erding on June 10th, two teens, aged 13 and 14, shot at him with an imitation pistol, either from their garden or through a window, prosecutors allege. Later in the day, the two youths also shot at the king’s car as he drove past.

It appears that they did not manage to hit their regal target. No injuries were reported, but employees of the king nonetheless reported the incident to the police.

Prosecutors are now investigating the older boy for attempted seriously bodily harm. The 13-year-old is too young to face criminal charges.

Authorities recognize that the imitation gun was completely legal and can be bought in many stores, but they point out that “you certainly wouldn’t want a bullet in the eye.”

In Thailand it is illegal to insult the king. Time will tell whether King Maha Vajiralongkorn Bodindradebayavarangkun is prepared to come back to a land where the lay folk are somewhat more impudent than what he is used to.