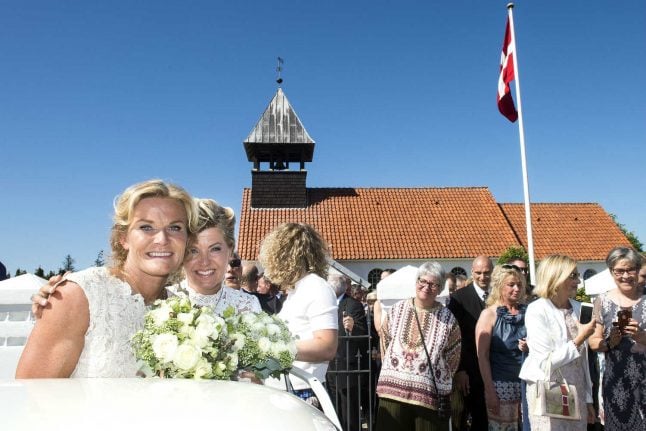 416 same-sex couples have exchanged vows in churches around the country since the law change, according to figures from Statistics Denmark.

The total number of same-sex church weddings has increased every year since the law change came into effect.

Lesbian couples form the largest proportion of the weddings, according to the report.

Gay and lesbian couples have been able to marry in civil ceremonies in Denmark since 1989.

Bishop of Copenhagen Peter Skov-Jakobsen, who was at the forefront of the committee that developed the same-sex marriage ritual for the Danish church, told Ritzau that he was glad to see so many taking advantage of the new law.

Bishop Skov-Jakobsen also criticised the tone of the debate on the issue at the time of the law change.

“The tone was strong sometimes – it also got inappropriately strong – but when we look at the figures we can see that the LGBT community has taken to this opportunity,” he said.

The bishop added that only a minority of Danish priests continued to oppose same-sex church marriages.

“Priests that do not wish to conduct this type of marriage can be exempted. But the law is fortunately such that if a priest exempts him or herself, the couple will be referred to another priest that will conduct the ceremony,” he said.

“It is always possible to marry in a parish church. Neither the priest nor the parish council can prevent that,” Skov-Jakobsen added.

The differences between Danish marriage rituals for homosexuals and heterosexuals are subtle – the words for ‘husband’ and ‘wife’ are exchanged for ‘partner’, for example.

Priests are also advised to use a biblical text of their choice as the basis for their wedding sermon, as opposed to the traditional use of the story of creation from the book of Genesis.