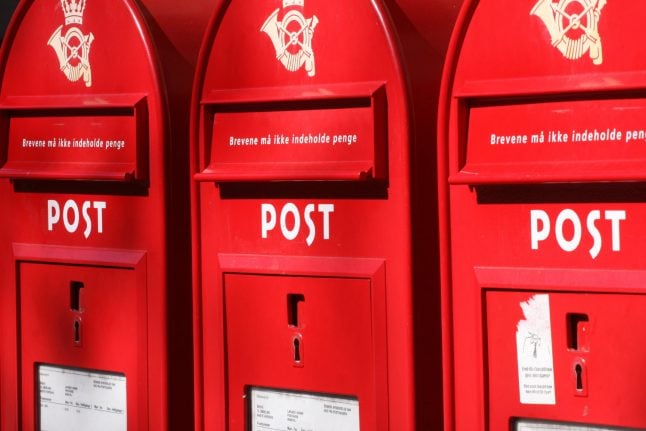 Post was not delivered in the area on Monday and deliveries have also been cancelled on Tuesday, reports news agency Ritzau.

Postnord, the postal service operating in Denmark, told Ritzau that it was putting its deliveries on hold due to threats and harassment in the area.

Threats against two post workers and a break-in to one of Postnord’s vans were cited as specific incidents that prompted the decision.

“We have decided to prioritise consideration for the safety of our staff above the very large inconvenience to many of our customers,” Michael Frølich, head of distribution with the post agency, told Ritzau.

Frølich said that the threats began suddenly without any apparent cause.

Postnord hopes to resume services Wednesday but will postpone further should its employees not feel safe, according to the report.

“It is completely unacceptable that we have reached a stage where peaceful postal workers cannot carry out their work in an area like Vollsmose,” said Venstre (Liberal) party transport and post spokesperson Kristian Pihl Lorentzen to Ritzau.

The Vollsmose suburb is known in Denmark for its high crime and unemployment rates, as well as a large proportion of people of immigrant descent living in the area.

“I fully expect police to react promptly and resolutely and apply the force necessary to resolve this problem,” Lorentzen added.

Minister of Justice Søren Pape Poulsen called the issue a “grotesque situation, that must be resolved,” in a Twitter message, adding that the police would contact Postnord.

“Having said that, it is of course completely unacceptable to have a parallel society in which normal, peaceful post workers cannot do their jobs,” he said.

A spokesperson for Funen Police said the issue would be taken seriously.

“We are taking this very seriously, because of course post must be delivered. It is the responsibility of the police to ensure security, and we have therefore contacted Postnord immediately. We have not registered any complaints from Postnord relating to harassment or threats, but we have invited them to a meeting tomorrow morning,” chief police inspector Lars Bræmhøj said in a press message.

Odense's mayor Peter Rahbæk Juel wrote on Facebook on Monday evening that the matter would be dealt with quickly.

“No young louts are going to be allowed to decide where post is delivered! I have been in contact with Funen Police this evening. We will meet with Postnord’s management early tomorrow. The post must be delivered, and the louts reported,” wrote Juel.