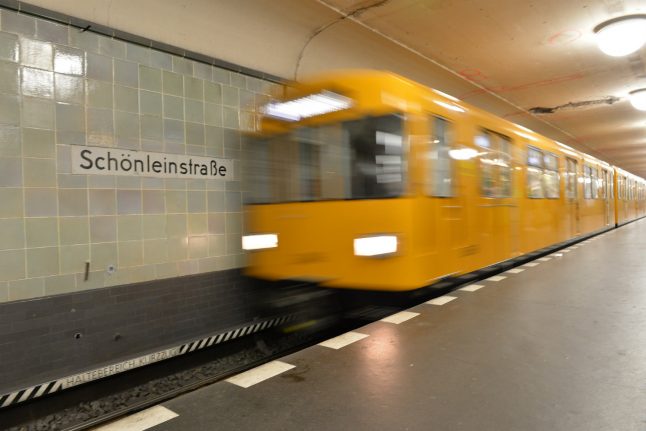 The people of Hamburg are the Germans most satisfied with their transport company, with 82.8 percent telling Statista that they are happy with the service in a study published on Friday.

In Berlin, where the transport company BVG runs an advertising campaign called Weil wir dich lieben (because we love you), 79.1 percent of respondents said that the feelings of warmth were mutual.

In Munich, just under three in four people said they were satisfied with their transport company, the MVV.

The city with the least satisfied commuters was Essen in North Rhine-Westphalia, where 39.8 percent of respondents expressed dissatisfaction with their transport service.

But that didn’t stop the people of Essen from being the most honest when it came to buying tickets for their journeys.

Only 6.7 percent of people in Essen said that they fare dodge, by some distance the lowest figure in the country.

And despite the BVG constantly professing their love for the people of the capital, Berliners clearly follow a dictum of “treat 'em mean, keep 'em keen.” Almost one in five Berliners (18.3 percent) said that they sometimes knowingly travel without a ticket, the highest proportion in the country.

German transport systems work without barriers. Commuters are expected to buy a valid ticket before boarding the train. Spot checks are intermittently conducted by plainclothes inspectors.

This system often leads to confusion among people who visit the country from abroad, who are unwittingly pulled up for travelling without a valid ticket and told to pay large fines.

This graphic shows what proportion of people in cities across Germany fare dodge.