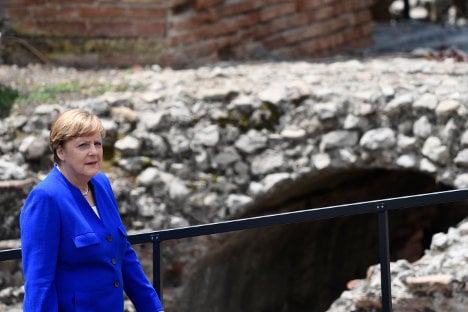 “The whole discussion on the topic of climate was very difficult, not to say very unsatisfactory” Merkel said.

“Here we have a situation of six against one, meaning there is still no sign of whether the US will remain in the Paris accord or not,” she added.

President Donald Trump announced in a tweet that he will make a decision next week on whether the United States will abide by the 2015 Paris agreement on cutting global carbon emissions.

“I will make my final decision on the Paris Accord next week!” Trump wrote from the G7 summit in Sicily, where he had been pressed by US partners to commit to a framework aimed at stemming global warming.

PARTNER CONTENT
The future of work: How can we prepare our children for the world of 2032?
Url copied to clipboard!