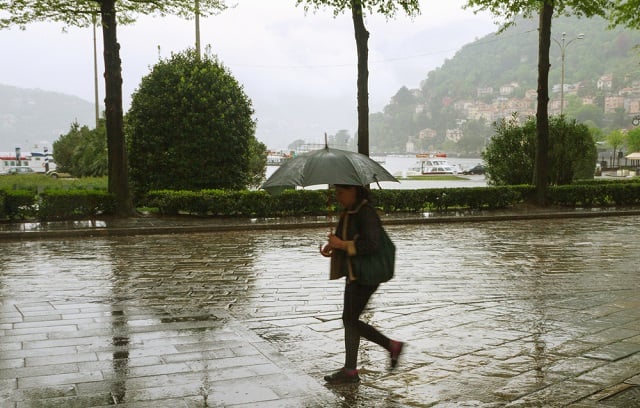 
The week is going to get off to a miserable start in Italy, with heavy rain and storms forecast across the centre and south of the country.

The national Civil Protection Department has issued a warning to residents, saying there would be “bad weather and instability in the centre-south, with storms in inland areas”.

The map below, issued by the Civil Protection Department, shows the areas which have been placed on 'yellow' alert due to heavy rainfall. 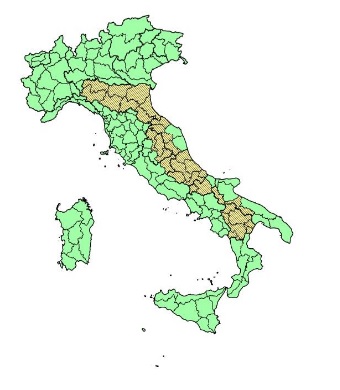 The spell of bad weather is due to the arrival of the 'Igor air vortex', which will bring rainstorms and strong wind to Emilia Romagna on Monday morning.

In early afternoon, this will extend to Umbria, Lazio, Abruzzo and Molise, with Puglia and Basilicata also affected from the evening.

On the map below, the brighter blue colour marks areas set to be affected by heavy rains, while the lightning bolt symbol signifies rainstorms. The rainy spell will be accompanied by a drop in temperatures, likely to stay below 21C in the centre-south. 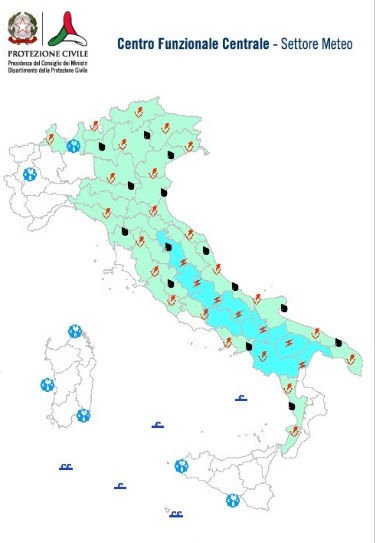 The department also warned of strong winds over the north-west of the country, Sardinia, and Sicily, with rough seas around the islands, particularly to the south.

Meteorologists at Meteo.it said the instability would continue until Tuesday, with more summery weather from Wednesday onwards.