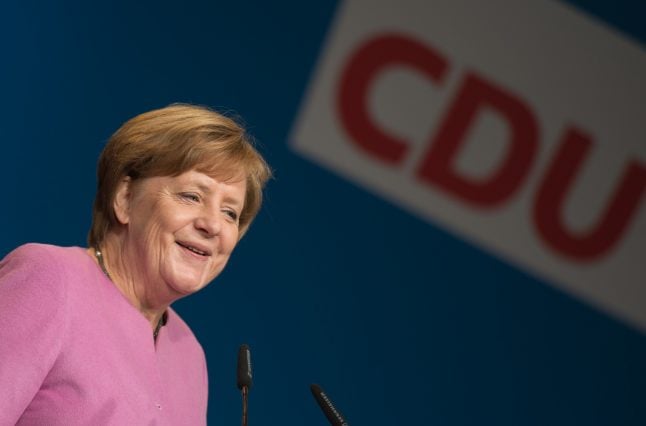 The vote outcome marked a blow for the Social Democrats who had earlier this year seen a surge in support since new leader Martin Schulz was chosen in February.
But this enthusiasm appeared to be fading, and Schulz's supporters are increasingly fearful that the momentum he had been surfing on will not carry him into the chancellery, which Merkel and her Christian Democratic Union (CDU) have held since 2005.
The blow to the Social Democrats' confidence also came one week ahead of a far bigger regional vote in their stronghold of North Rhine-Westphalia, also Germany's most populous state.
Schulz 'sad'
Schulz expressed disappointment, saying: “This is something that goes under the skin and makes us sad. We all expected a better result.”
Merkel's CDU meanwhile was confidently looking to next Sunday's polls, where surveys show the conservatives and the SPD running neck and neck.
“A good election result gives us motivation to go on fighting,” said lawmaker Michael Grosse-Broemer, who heads the CDU parliamentary group in the Bundestag.
Merkel's party has seen a comeback, after losing a string of state elections over the past two years as voters punished the German leader for her liberal refugee policy that allowed more than one million asylum seekers into Germany since 2015.
But with the pace of new arrivals slowing sharply, surveys show the conservatives gaining ground.
“The CDU is catching up regionally, and that lends momentum to Merkel ahead of the vote in North Rhine-Westphalia next week and before the national elections in the autumn,” said Spiegel Online.
The populist AfD (Alternative for Germany), which has railed against the migrant influx, scraped through on Sunday with 5.9 percent support, winning its first seats in the state parliament in Kiel, despite a vicious falling-out between moderates and hardliners inside the party.
The result was however a far worse showing than at the end of last year, when it was the third most popular party nationwide.
'In good hands'
Beyond its significance as the last-but-one regional election before the September general elections, there were plenty of local peculiarities in Sunday's vote.
Popular SPD state premier Torsten Albig, 53, has led a coalition of SPD, Greens, and local Danish minority party SSW since 2012.
His CDU challenger Daniel Guenther is ten years younger and has been an energetic opposition leader in the regional parliament.
The centre-right group there has sparked debate across Germany in recent years with populist proposals like requiring pork to be served in school canteens – a nod to voters fearful of Islam's influence on public life.
This year's campaign has seen battles over education, policing and roads, a top concern in a state with a population of 2.8 million thinly spread across almost 16,000 square kilometres (6,100 square miles).
Another battleground is wind farm construction near residential areas – no small matter in a windy coastal region whose turbines are a key element in Germany's “energy transition” away from nuclear and fossil fuels.
Both major parties sent their heaviest hitters to Schleswig-Holstein in recent days, with Schulz making appearances in Kiel and Luebeck on Thursday.
But his interventions have done little to counteract criticism that the former president of the European Parliament has so far failed to offer concrete attacks against Merkel and the right.
Schulz has an uphill battle ahead to defeat Merkel, a leader so popular that one CDU election poster in 2013 simply showed her fingers clasped in their habitual diamond shape alongside the slogan “Germany's Future In Good Hands”.
Conservative-leaning daily Die Welt looked ahead to next Sunday's vote in North Rhine-Westphalia, warning that “if the SPD were to lose in seven days, then Schulz would be finished as the beacon of hope” for the party.
Sebastian Bronst with Hui Min Neo, AFP
SEE ALSO: Ten things to know about Schleswig-Holstein