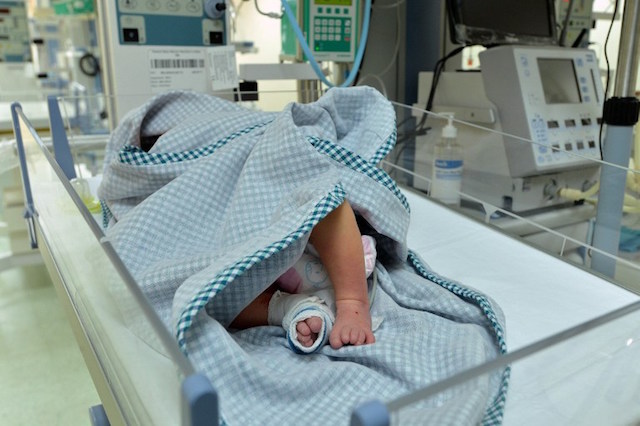 File photo: Ishara S.KODIKARA/AFP
The baby's biological mother, the “fake” mother and a Moroccan man who allegedly served as an intermediary in the arrangement have been arrested.
The 35-year-old woman allegedly paid 20,000 euros (around $22,000 dollars) for the baby, who was born to the Romanian woman after a short relationship with a man from Mali, according to press reports.
READ ALSO: 'Surrogacy is like a sex crime': Italy minister
Investigators were alerted in Latina, south of Rome, after the two women called local authorities in February asking how to register a baby born at home. Authorities grew suspicious after the women did not turn up for a scheduled meeting.
When police went to question the adoptive mother, she said she had faked the pregnancy, using latex belly prostheses bought on the internet. Her partner was in prison and she had recently undergone two miscarriages, the papers reported.
When she discovered the baby was of mixed race, however, the woman didn't know how to explain the baby's skin colour to her family and friends.
Police found the baby girl with the biological father, who works in Rome.
She has been placed in foster care but may return to her father.
READ ALSO: In landmark ruling, Italy recognizes gay couple as dads to surrogate babies
Url copied to clipboard!