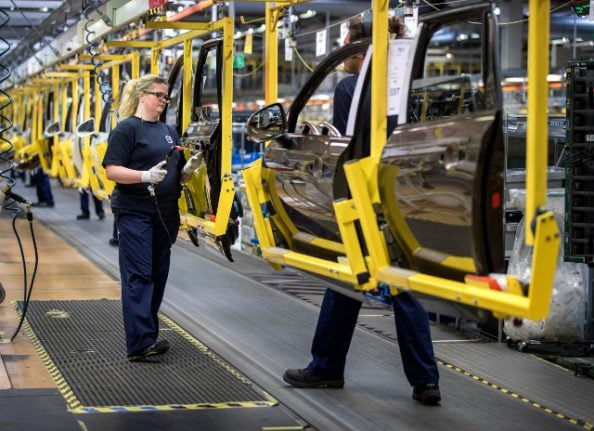 Less than two weeks after the finishing touches were put to the millionth car in Volvo's old XC60 series at its plant in Ghent, Belgium, the first of its successors in the new XC60 series was presented at the Torslanda plant in Gothenburg on Wednesday before heading for its first customer delivery.

IN PICTURES: First new Volvo rolls off the line in Sweden Volvo described the vehicle as a T5 Inscription AWD in the colour Crystal White.

“It's a big day for everyone at the plant,” said Torslanda vice president Magnus Nilsson.

The XC60, which was introduced in 2008, was Volvo's first mid-size SUV and the Swedish car maker's best-selling model since 2009.

The various XC models make up more than half of the company's profitability, reported the TT newswire.