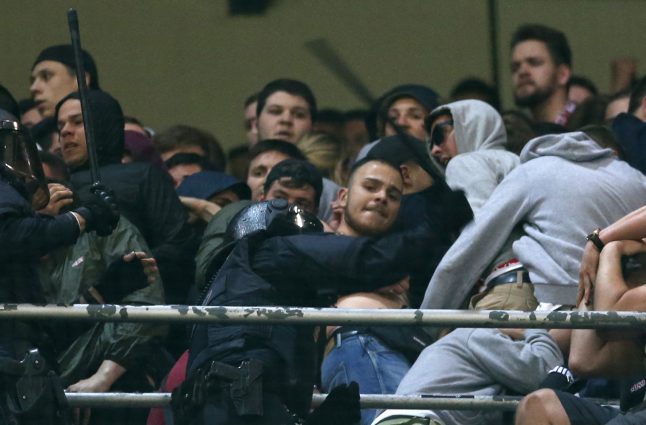 The German club said police action on Tuesday during half time at the Santiago Bernabeu was “completely misplaced and excessive” and have requested an explanation from Spanish authorities.

Eye-witnesses said that riot police stormed the visitors' section of the ground to remove a banner, which led to Bayern fans attacking officers, who replied in kind.

Videos and images posted online showed Spanish police officers filing into the fan section to jeers and boos, and then officers striking spectators with batons.

About 4,500 Bayern fans travelled to watch the Germans bow out 6-3 on aggregate, after going down on the night 4-2 in extra time in the quarter-final second leg.