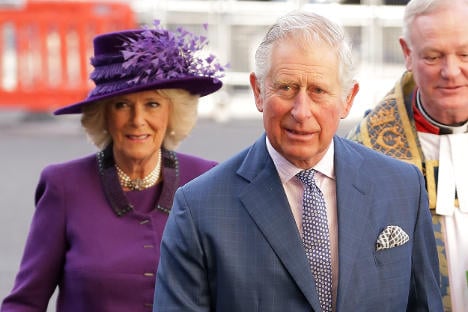 The prince and his wife Camilla arrive in Florence on Friday for a five-day visit which culminates with a meeting with Pope Francis and President Sergio Mattarella.

The royal couple go their separate ways on Saturday, with Charles visiting Vicenza to mark the 100th anniversary of British troops fighting with Italians against the Austrians in World War One, and Camilla visiting La Gloriette, a villa in Naples which once belonged to the Camorra mafia clan.

Charles will go to Amatrice, where the majority of the 297 people who died in last summer’s 6.0 magnitude earthquake lived or were visiting. The prince will be shown the town’s cordoned-off centre, which was completely destroyed by the quake, as well as visit a memorial for those who died, the temporary homes of those who survived and a new Save the Children School.

The couple will be in Florence again on Monday, before travelling to Rome on Tuesday.

The royal tour of Europe, which also takes in Romania and Austria, comes as the British government triggers the start of negotiations that will see the UK leave the EU.