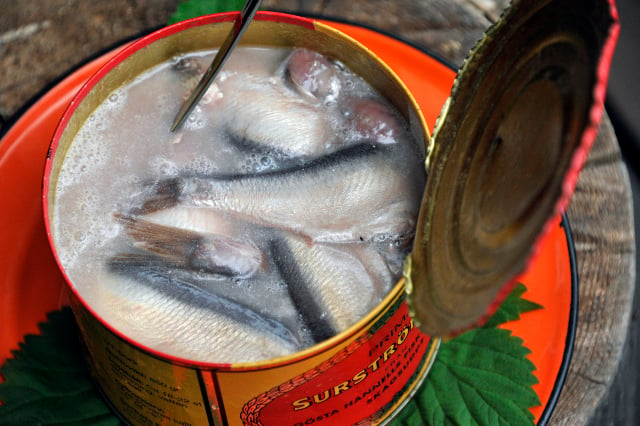 Not what you want to get through your mailbox. Photo: Hasse Holmberg/TT

When staff arrived at the offices of the Swedish Tax Agency, Social Insurance Agency and Enforcement Authority in Uddevalla on Thursday morning they immediately detected something wrong in the air.

The culprit was quickly located as the contents of cans of reeking fermented herring (surströmming), which had been put through the mailboxes of all three agencies, with the stinky liquid running over the floors of the buildings.

For those not familiar with it, the centuries old Swedish delicacy made by fermenting Baltic herring for months has a pungent aroma once compared to “sewage”, a “baby diaper” and “a dead body” in a controversial American Youtube video.

And sure enough, the famously powerful smell managed to spread its way beyond the doorways and further into the offices in western Sweden. It's thought to be no more than a simple prank, rather than any kind of statement against the agencies targeted.

“It was probably someone a bit worse for wear who did it, just a prank. There's nothing to suggest it's directed towards anyone in particular, and there haven't been any threats made either before or after,” Leif Bäckström, who is in charge of the Enforcement Authority in Uddevalla, told newspaper Göteborgs Posten.

Though the buildings have been cleaned, the smell is still lingering, and is expected to take a few days to dissipate. The incident has been reported to the local police as property damage.

This isn't the first time suströmming has been used as a weapon by pranksters. Last November, staff members at a flower shop in Karlstad were greeted with the rotten egg-like smell of the fish rather than the scent of roses when they started their shift on a Monday morning.

Vandals had smashed a window then thrown the fish into the store the previous night.

SURSTRÖMMING
What you need to know before trying Sweden’s fermented herring
Url copied to clipboard!