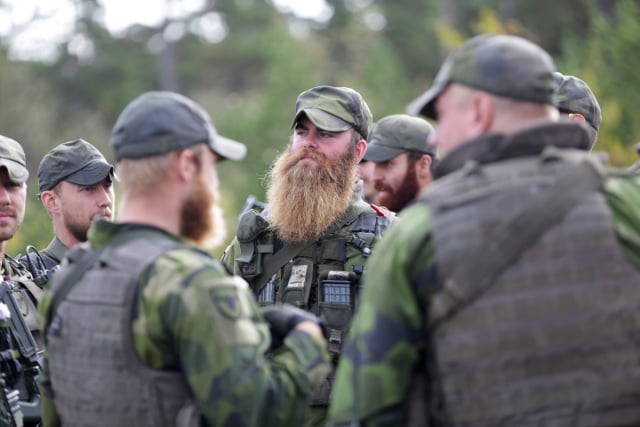 Soldiers on the island of Gotland. Photo: Sören Andersson/TT

The former centre-right government scrapped compulsory military service in 2010, but the current Social Democrat-Green coalition wants to reintroduce the concept, or at least a light version of it, from January 1st 2018.

Some of the reasons are a perceived deterioration of the security situation in the Baltics and that the Armed Forces have struggled to attract enough new military recruits to plug a significant staff shortage.

The plan means that young men and women born 1999 and 2000 (around 100,000 teens) will shortly receive more information and will be asked to complete questionnaires for recruitment.

Around 13,000 will be called to take part in an enrolment process and based on this selection, and volunteers, around 4,000 per year will be told to undergo basic military training in 2018 and 2019.

“We have a system in Norway, which works, that includes both conscription and a professional organization and that's the one we are trying to mimic,” said Hultqvist.

The major opposition party the Moderates said it backed the idea, as did the Liberals.

A survey last year found that nearly three quarters of Swedes back conscription, with 72 percent throwing their support behind it and only 16 percent of respondents saying it is a bad idea.

Conscription for all males was introduced in Sweden in 1901, but in practice it had been winding down for years before it was formally ditched, with only those expressing a wish to serve picked.

During the height of the Cold War nearly 85 percent of Swedish men carried out military service, with some 50,000 drafted out of an age group counting 60,000 men.