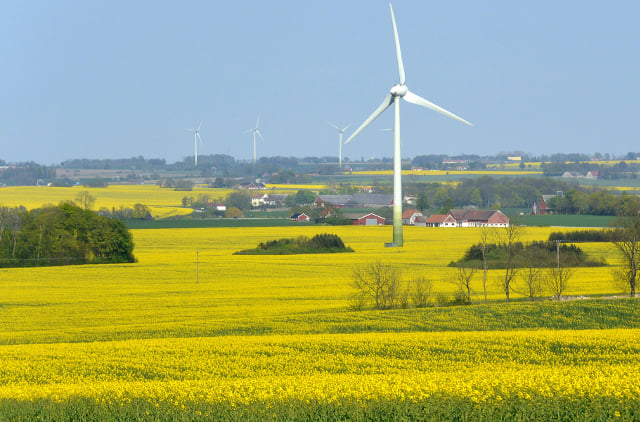 You know the feeling. Just when you think you've mastered Swedish, you run into someone from the south and all your language skills go out the window. The Local Sweden's editor, who grew up in Skåne, lists 17 dialect words to at least help you fake being a local. When it comes to diphthongs, you're on your own.

Mölla, or vindmölla, is also used to describe a modern electricity-generating wind turbine ('vindkraftverk' in Swedish). A photo from Simrishamn in southern Sweden. Photo: Conny Fridh/imagebank.sweden.se

The literal meaning of födelsedagsgris is 'birthday pig'.

Most Swedes will ask for a 'cola' when they want a glass of the fizzy beverage. To southerners it is known as a 'coca', which as you probably guessed the average Swede associates more with cocaine.

READ ALSO: Five reasons we love southern Sweden (and why you should too) Malmö is the biggest city in Skåne. Photo: Aline Lessner/imagebank.sweden.se

In Swedish: No real equivalent. What southerners call everything north of Helsingborg.

In English: Up north, literally up in the country.

In Swedish: Balle (but not really, see explanation below)

The tricky thing about this one is that in most of Sweden 'balle' refers to a man's genitals, whereas in southern Sweden it is fairly child-friendly slang for buttock. Sometimes this gets very awkward. Skåne even has its own flag. Photo: Håkan Dahlström/Flickr

In Swedish: Grina (but again, not really, see explanation below)

Here's another confusing one. In standard Swedish “jag grinade på min farmors begravning” means “I cried at my grandmother's funeral”. In southern Sweden it means “I laughed”. So be careful there.

THE LOCAL ITALY: Twelve dialect words to help you survive in Rome

Long explanation: Literally, this means that someone's got a “pointy mouth”. Southerners tend to speak quite far back in the mouth, while those speaking standard Swedish keep their tongue closer to the lips. So someone who is 'spissflabbad' is someone southerners feel speaks in a posh and slightly affected way.

LANGUAGE AND CULTURE
Why do Swedes and Danes insist on pretending they speak the same language?
Url copied to clipboard!