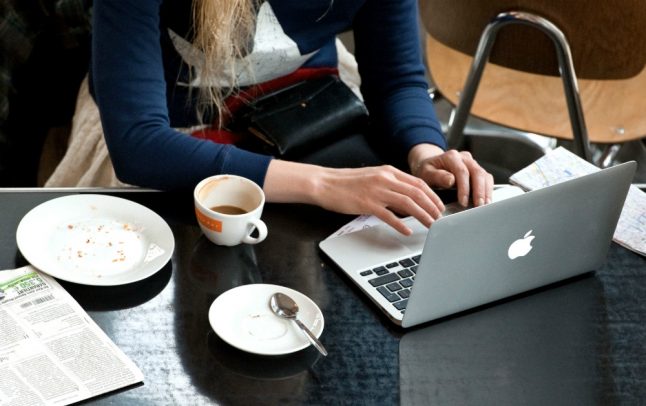 The Economy Ministry has created a draft law which would exempt WiFi providers from liability if someone uses their internet connection to illegally download material, according to a report published in Spiegel on Monday.

Under current the law, anyone who offers free, unprotected WiFi is liable to prosecution if someone uses it to commit a crime, even if the provider has no idea that the crime is taking place.

That means that if a person brings their laptop to a cafe and downloads a Hollywood movie, the cafe owner can been sued by the studio for copyright infringement.

This scenario has put many small businesses – such as cafes and hotels, as well as private individuals – off providing free WiFi. Government research shows that 59 percent of Germans do not offer a hotspot to internet users due to fear of being held liable for other people's actions.

At the same time, Germans own on average three electronic devices which use WiFi, well above the global average of 1.2 devices per person.

The new draft law is an amendment to a piece of legislation introduced in 2016 that attempted to exempt WiFi providers for liability for copyright infringement. But due to poor wording of the law, copyright lawyers have continued to threaten providers with legal consequences.

In September the European Court of Justice ruled that those who provide open WiFi could not be made liable to prosecution, forcing Germany to look again at its legislation.

According to Spiegel, the Economy Ministry hopes that the amendment will help it realize one of the cornerstones of the federal government's digital policy – creating password-free WiFi access for all Germans.