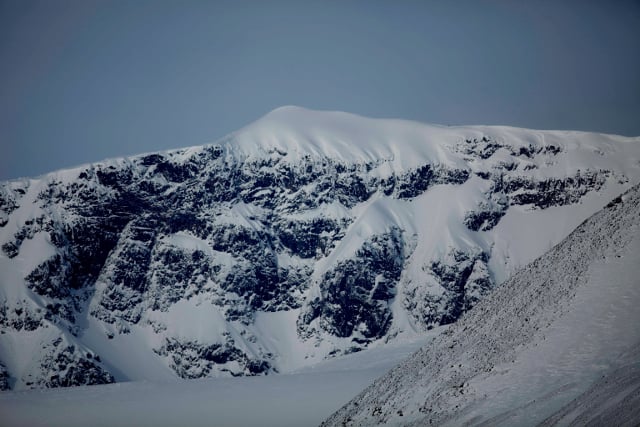 A project is under way at the Swedish National Land Survey office (Lantmäteriet) to map out Sweden's glaciers in its mountainous areas in the north-west, from Härjedalen and Jämtland to Norrbotten.

Laser scans of the area show that the glaciers are shrinking fast in the Kebnekaise mountain range, where Sweden's tallest mountain is located. So fast that one of the glaciers has disappeared almost altogether.

In the Kebnekaise area, the Rabot glacier has shrunk by about 80 metres since 2008 and the Siehtagas glacier by about 20 metres. The Rágujiekna glacier, which previously stretched between Norway and Sweden has retreated back to the other side of the border.

“We have some left of it in Sweden, but the main glacier is only in Norway now,” Björn Ohlander, a map engineer at the land survey office, told The Local. The Sálajiegna glacier in 2008 (top) and in 2015. Photo: Björn Ohlander/Lantmäteriet

The data is being collected with the help of laser scanning from the air. The official size of Sweden's glacial areas was last revised in the mid-80s and 2014 using ordinary aerial photographs.

“In the findings, the glaciers are shrinking quite a lot. Some are melting 10-15 metres a year,” said Ohlander.

“It is not many years between the different photos and pictures. It is overwhelming to see that the glaciers are melting this fast actually, lots of masses disappearing.”

The digital map is updated on a regular basis. A print version will not be available until 2020.