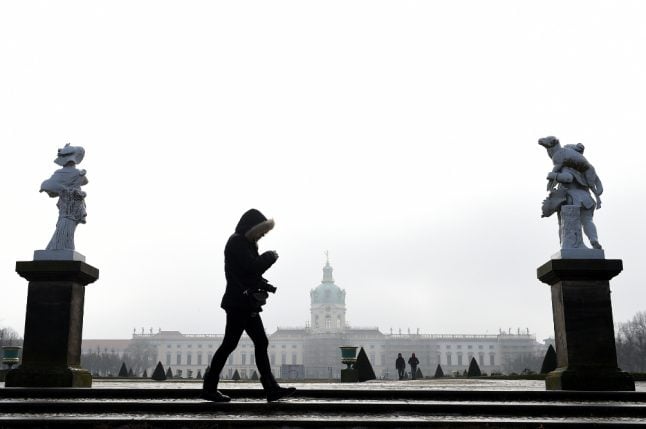 
The mercury is about to drop once again in Berlin and surrounding east Germany, bringing temperatures down to as low as -10C, meteorologists said on Monday.

“It’s coming slowly from Russia and Poland, but it’s certainly a cold air front,” meteorologist Jörg Riemann from Meteogroup told Tagesspiegel. “It will have reached Berlin by Monday.”

Riemann said that Tuesday night would see thermometer readings of down to -10C. And he would not rule out snow as the week gets colder.

On Tuesday the eastern alpine areas could see snow, said DWD, and there could be frost in the northeast.

The eastern areas outside of the capital city are also set to feel a cold snap, with Leipzig and Dresden expected to experience temperatures of -7C and -8C, respectively, on Wednesday.

The Harz mountain area in Saxony-Anhalt is set to shiver with -11C predicted for Wednesday morning, according to DWD.

By Thursday, things will be even frostier, down to -9C in Berlin, Leipzig and Dresden, while further northwest Hamburg, Rostock and Bremen will have to bundle up for -7C weather. In Hanover, it will be down to -8C.

Prediction for Wednesday, Thursday and Friday: