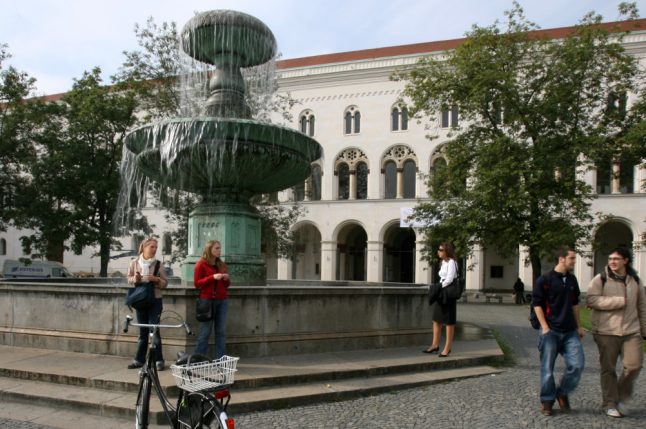 Police said the young man had followed a female student last Friday into a women’s bathroom at the university, forced the door to her stall open and then raped her. The student, also 25, had unsuccessfully tried to fight back despite still recovering from a broken arm, biting him so hard on his hand that he bled.

She tried to talk to him and he told her that he was Max, 20 years old, and a second semester mathematics student. But police said that this information turned out to be false.

The victim was treated again for her fractured arm and also suffered bruises and scratch wounds from the incident.

Police now say he claims to be a physics student at the Technical University, but officials have not yet verified this information.

According to the Munich-based Süddeutsche Zeitung newspaper, two women aside from the reported rape victim told police independently of one another that an unknown man had been hanging around the women’s bathroom.

One 33-year-old student told police she saw an unknown man loitering by the bathroom. Another 20-year-old woman reported that a man had tried to barge into her stall, but she pushed back with all her might on the door and screamed loudly.

Officers went to the building the second woman described and the 25-year-old man was found by police near the bathroom. Police recognized him based on the witness descriptions. But as they tried to check his identity, he resisted and tried to hit or push officers, injuring one officer’s hand.

Finally, he was arrested. The suspect also had a wound on his hand, though it is still being investigated as to whether it matches the injury the rape victim said she inflicted upon her attacker. DNA tests are also pending.