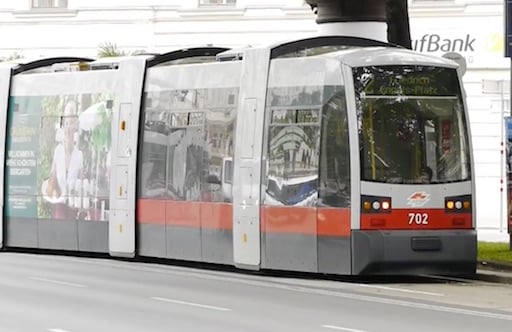 The driver of the tram had stopped at Rodaun station – the last stop on route 60 – and had gone to take a toilet break, locking the tram. When he returned, the vehicle was gone.

As soon as it knew what had happened the Wiener Linien cut the power to the route 60 track and the thief ran off. A witness was able to give police an accurate description of his appearance.

Police spokesperson Irina Steirer said that a 36-year-old Austrian was arrested and confessed to stealing the tram.

The man “was asked to leave the company several years ago,” Wiener Linien spokesperson Daniel Amann said. He added that the man had been a tram driver, and that when he left he had returned his activation key which gives drivers access to the cab.

Police said that the man had not been motivated by revenge, and that they still hadn’t found out how he had been able to get hold of an activation key. He doesn’t have a previous criminal record, and has now been released from police custody. He has been charged with the theft of a public vehicle, and will have to appear in court.

Steirer said that the man had made a public announcement when he stopped the tram at several stops along route 60 that no one should get on board as the tram was not part of the normal service.