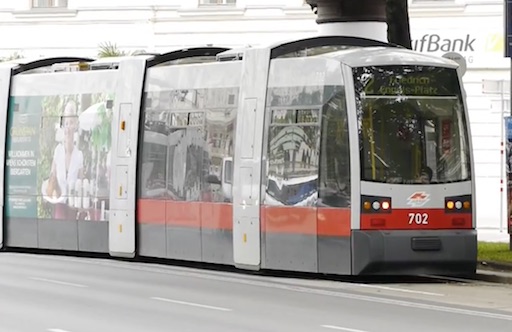 The tram was stopped briefly in station Rodaun in Wien Liesing.

Wiener-Linien spokesperson Michael Unger said “our driver went briefly to the toilet, and locked the tram.  When he returned, the vehicle was no longer there.”

Fortunately, there were no passengers in the tram at the time.

As soon as the driver reported his vehicle as stolen, the Wiener Linien arranged to cut the power to the section of the track where the tram was likely to be, according to police spokesperson Irina Steirer.

The perpetrator of the theft made good his escape, without being noticed by any witnesses.

Police are looking for video surveillance footage, in order to trace the identity of the suspect.

The unknown person is expected to be charged with burglary and unauthorized use of a vehicle.

Apparently, the wannabe tram driver respected traffic rules, as there were no reports of violations.

Unger confirmed that this was a highly unusual event.  “The tram is not easy to drive for people who are not familiar with it,” he said.

“You also need a special activation key.  And our driver still had his key.”