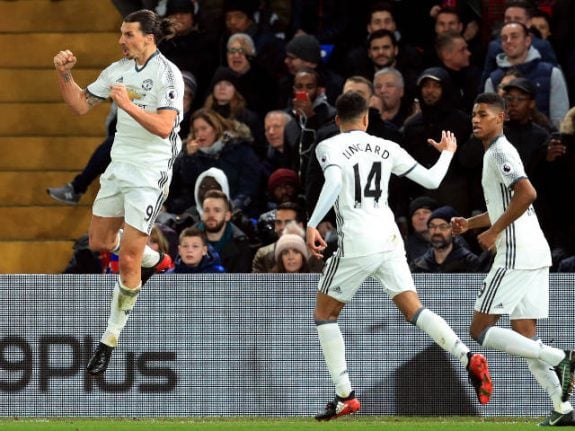 Ibrahimovic, 35, moved to Old Trafford as a free agent before the start of this season and his late winning goal took his United tally to 14.

The Swede also set up Paul Pogba's opener — controversially, with Ibrahimovic admitting he might have used his arm — and Mourinho believes his all-round display showed he retains the hunger to succeed.

“It's difficult to say someone is my 'best' ever signing, but I knew the character because, at this age, he's a character, a personality, who has passion to play,” said Mourinho, the United manager.

“The quality is there. I knew that he could do what he's doing here. I said England is not the best place to be on holidays.”

“When a rich guy with a phenomenal career wants holidays, he doesn't come to England.”

“It's the most difficult league in the world, so if you come here, you want to show what you can do. That's what he did.”

“It's not just about goals. It's about leadership and motivation. I'm so happy with what he has done.”

“If we'd had the points we lost at home, or not drawn matches we'd done more than enough to win, we'd be close to the top of the league,” said the former Chelsea manager.

“But we lost those points and, now, we are just closing the gap to the top four.”

“Three matches to play until the end of the year. Let's see how it ends on December 31 and we can feel then, and smell, what is possible to do in the second half of the season.”