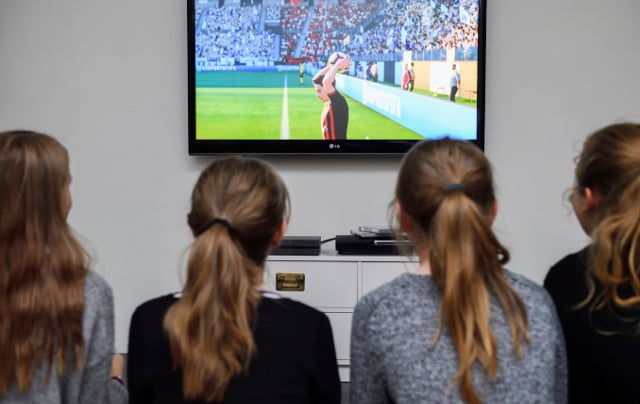 File photo not related to the story. Photo: Henrik Montgomery/TT

The WHO recommends that children up to the age of 18 are moderately physically active for at least one hour a day, but researchers at medical university the Karolinska Institute in Stockholm say that only 20-40 percent of Swedes up to the age of 18 fulfil that criteria.

The researchers noted that Sweden has good policies for encouraging activity among children, as well as strong environments for and opportunities to participate in organized sport, but that it wasn’t being reflected in the number of kids who are active.

“For some reason we are not there yet,” Löf said, adding that the researchers do not yet have an answer as to why that is the case, but “that can be further reflected upon”.

The study was done in several other countries in a similar way, and a follow-up is planned in two years.

Among the 38 countries that participated, the survey showed that the most active children are in Slovenia, New Zealand and Zimbabwe.

PARTNER CONTENT
Winter in Stockholm: hand-picked tips from those in the know
Url copied to clipboard!