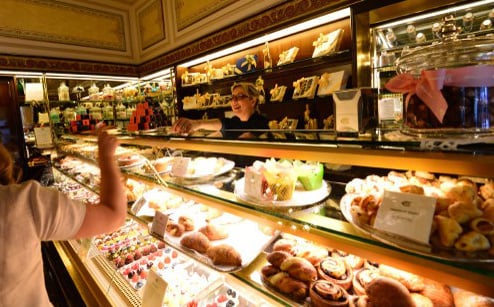 The culinary experts say that the country's dessert sector is thriving. Italy's pastry chefs “are renowned as masters, for their creativity, technique and ingredients,” it notes.

A total of 18 bakeries received over 90 points from Gambero Rosso's cake connoisseurs – up from 15 last year, with four new entries in the top list and only one bakery losing the honour. The bakeries with scores over 90 earned the 'Tre Torte' title ('three cakes', the guide's version of three Michelin stars).

Top of the pack was Pasticceria Veneto in Brescia, with 95 points. The 'best pasticceria in Italy' is run by renowned pastry chef Iginio Massari, who has published several books on cake-making and is one of the judges on Italian MasterChef, as well as training the Italian team for the annual 'Pastry World Cup'.

But if you can't make it to Brescia, it's likely that there's another top bakery near you – the 18 with 'tre torte' ranking are spread fairly evenly across the country.

The map below shows exactly where they are – you could even organize a pastry-themed road trip to judge them for yourself.

As well as the traditional ranking, Gambero Rosso handed out some special awards: the Corsino bakery in Syracuse won the 'Taste and Health' award for its totally gluten-free selection, and the Newcomer of the Year award went to the La Pâtisserie des Rêves, a traditional French bakery which recently opened up in Milan, just a few steps from the city's famous cathedral.

Here's the list (in order of ranking) of all the bakeries awarded the prestigious 'Tre Torte' award.