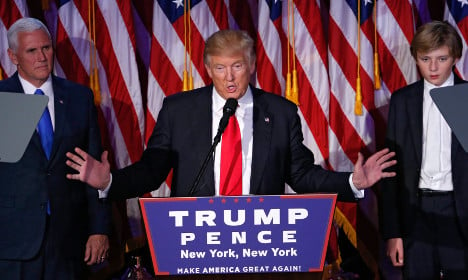 The yield, or the return on investment to investors, on ten-year Bunds fell to 0.098 percent in early trading on the secondary market, compared to 0.188 percent at the close on Tuesday.

Meanwhile the yield on ten-year French government bonds fell to 0.430 compared to 0.500 percent.

Meanwhile analysts at ING Bank said: “We expect a risk off move for the next few days… the ten-year Bund yield might drop towards the 0.05 percent area.”

Market turbulence may also prompt the US Federal Reserve to hold off on raising interests rates in December, which would also influence investors willingness to hold lower-yield assets.

“Given the adverse market reaction we have already seen, the Fed's planned December rate hike is now off the table,” Capital Economic's chief US economist Paul Ashworth said.

The yields on US bonds also fell in electronic trading before market opening.

COVID-19
Europeans harden views towards US and EU after pandemic
Url copied to clipboard!