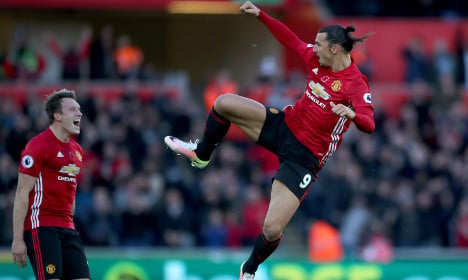 Ibrahimovic scored the 400th club goal of his career and the 25,000th goal in the history of the Premier League in the first half at the Liberty Stadium.

The 35-year-old, who has also played for Barcelona, Paris Saint Germain and Inter Milan among others, gave a typically nonchalant reply when asked if he was aware of the league milestone.

His goals ended a barren run for the Swedish star in the league that stretched back to September.

But, never short of confidence in his own ability, Ibrahimovic insisted he had not been concerned about the drought.

The only blemish for Ibrahimovic was the second half yellow card that rules him out of United's next match against Arsenal after the international break.

“I thought we played rough in England? I play rough and I got a yellow card,” he said.

“What was it for? I don't know. Maybe I was too tired to hear why the referee gave it.”