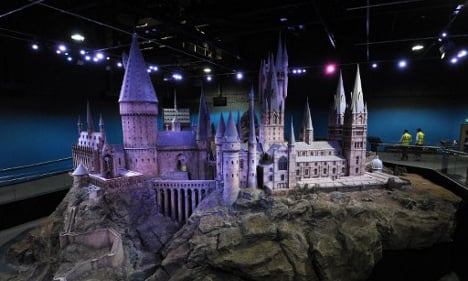 The model of Hogwarts used in the film franchise. Photo: Carl Court/AFP

And we can see why: Where better to brush up on your charms and potions than in a French château?

A French Harry Potter fan club is giving you the chance to do just that next May, when the Château de Jolibert in Bourgougnague, a small town in southwestern France, will be transformed into Hogwarts for four days. So if you've been waiting in vain for your Hogwarts letter ever since your 11th birthday, here's your chance to make up for lost time.

Tickets for the magical event will go on sale on December 10th, the Mimbulus Mimbletonia fan club announced at midnight on Halloween via its Facebook page. It will cost €185 to become a Hogwarts student, including accommodation and meals.

Organizers have promised a full Hogwarts experience, starting with the sorting ceremony and drinks in wizarding pub, the Leaky Cauldron, with lessons in botany, charms and potions, which you'll be tested on in end-of-week exams.

There will also be a chance to visit Diagon Alley, the magical shopping street where Harry and his friends stock up on school supplies in the books. While we can't guarantee you'll be able to visit Ollivander or Madam Malkin, all kinds of Potter-themed merchandise will be on sale, including magic textbooks, wizard's robes and of course magic wands.

Throughout the four days, would-be wizards will be able to earn points for their house in order to win the prestigious House Cup. And naturally no Hogwarts experience would be complete without trying out the most popular wizarding sport – quidditch.

The Château de Jolibert is a fitting location for the magical school; the mansion was built in 1937 as Europe's first maison familiale rurale, a kind of education centre for young people

Around 100 people will be able to take part – but the event is strictly for fluent French-speakers only, the Mimbulus Mimbletonia Association has said, despite receiving interest from keen Potterheads around the globe.

But if you're not able to attend, all is not lost. You can always recreate the Harry Potter experience yourself by renting one of the many other grand chateaux around the country.

READ ALSO: Outrageous French chateaux you can rent for a weekend