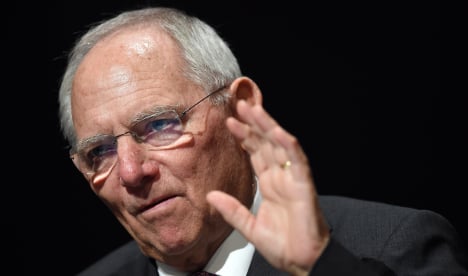 Carlos Cesar's jibe came after Schäuble said Portugal had been “very successful” until the Socialists, on coming to power last year, declared they would “not respect what the former government had agreed.”

“As everyone knows, the German finance minister is a pyromaniac who tries to present himself as a firefigher,” Cesar told news radio TSF.

“His compatriots do not think like him,” he added, going on to cite examples of German firms that have made huge investments in Portugal.

“They understand that the Portuguese economy has potential, that political and social stability is a factor that they value, and that Portugal is in a position to make progress with our policy,” said the Socialist leader.

Since coming to power the Socialists have reduced taxes for lower income earners and rolled back some austerity measures launched during the country's 2011-2014 €78 billion bailout.

They took office after teaming up with the Communists and the far-left Left Block to oust a centre-right administration which had embraced a German-led austerity push by raising taxes, cutting spending and reforming labour laws.

Prime Minister Antonio Costa has vowed to “turn the page on austerity” with steps including a reversal of public-sector wage cuts and higher pensions, giving people and the economy more spending power.

Costa dismissed Schäuble's comment made on Wednesday, saying he “pays attention mainly to Germans who know Portugal, and as a result, know what they are talking about.”

“I usually only talk about what I know and I never talk about other countries about which I know nothing, based on prejudices,” he added.

The government's draft budget for 2017 forecasts the public deficit will fall to 1.6 percent of economic output next year from 2.4 percent in 2016, well below a European Union limit of 3.0 percent.

Portugal posted a deficit of 4.4 percent of gross domestic product in 2015, the third highest in the EU after Greece and Spain.