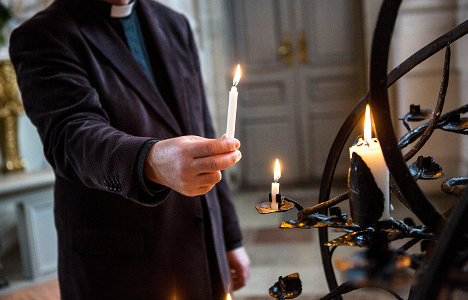 Churchgoers in a Sörmland congregation were aware that the playwright cleric was involved in a dispute with the chairman of the local church council.

So many were shocked, when attending a church performance of the pastor’s play, to find that the Nazi deciding who to send to their death in the gas chambers bore the same name as the council chairman, local newspaper Eskilstuna-Kuriren reports.

The pastor’s flock didn’t appreciate the apparent barb, with several worshippers writing letters of complaint to diocesan leaders in the days that followed. One church employee said the minister had laughed in rehearsals when reading aloud the name.

The local bishop called a meeting that resulted in the cathedral chapter issuing the pastor a written warning.

The minister argued that a concentration camp commander with the same name as the chairman really had existed but conceded that the choice had not been appropriate for the play.

The Church of Sweden’s appeals board ruled this week to uphold the warning against the pastor.