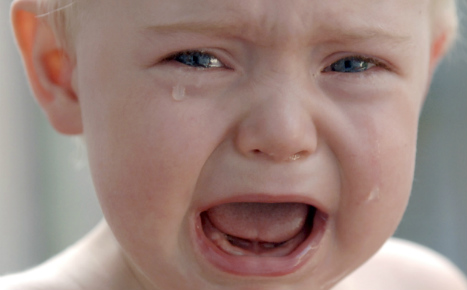 Police in Offenbach, Hesse, received the call shortly after 1pm on Tuesday. A mother had left her baby in the car as she went to grab something from the car boot, the police report states.

But as she was standing behind the vehicle, the driver door closed, and the car automatically locked.

By the time police arrived at the scene, the baby was wailing and the mother was distraught.

The officers called the Offenbach fire services, requesting them to send down a lock-breaking specialist.

While they were waiting for their lock pick, the officers set about calming the child. One of the cops started rocking the car backward and forward. Soon enough, the baby calmed down and nodded off.

Indeed, he slept so well that he snoozed through his eventual liberation.