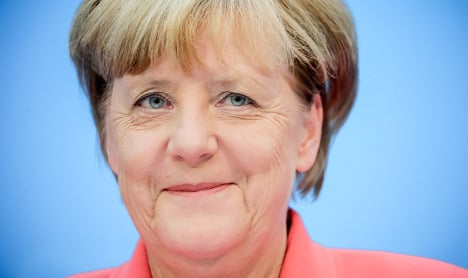 Broadcaster ARD’s Deutschlandtrend poll on Friday showed that the Chancellor had popped back over the halfway mark to 54 percent, revealing that most respondents said they were satisfied with her work.

Last month in the same poll, Merkel had sunk to a five-year low of 45 percent. Her popularity has been waxing and waning in recent months amid increased pressure over her refugee policies.

Merkel admitted last month that the country was not prepared for the nearly 900,000 people who came to apply for asylum in the country last year, though she continued to defend the “political and ethical” decision to provide so many people with refuge.

Her admission of mistakes made garnered praise from other politicians in response.

But while the most recent poll showed good news for Merkel, it showed the opposite for Horst Seehofer, head of the Bavarian sister party to Merkel’s CDU, the CSU.

Seehofer, who has been both Merkel’s political ally and harshest critic, has called for drastic changes to the country’s immigration laws and has even threatened to take legal action against Merkel for her refugee policy.

The most popular politician in the poll was Foreign Minister Frank-Walter Steinmeier at 75 percent satisfaction, followed by Finance Minister Wolfgang Schäuble at 63 percent. Merkel was in third place.

At the bottom of the list was Alternative for Germany (AfD) leader Frauke Petry at 11 percent approval, down 3 percentage points on September.

Her party also had a small drop in support this week for the first time in months across three different national polls.

And Petry came in for harsh criticism this week after she gave a speech on Monday for German Unity Day in which she predicted a sort of clash of cultures and said a diverse or “colourful” country is much like a “compost heap”.