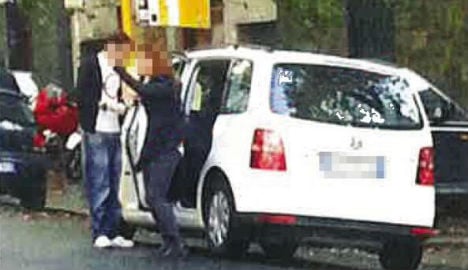 
A court in Rome has handed down an unusual penalty to the client of an underage prostitute, ordering him to buy her 30 books on the theme of women's dignity, Italian media reported Friday.

In addition to a two-year jail sentence, the unnamed man, 35, will be required to give the 15-year-old victim works including novels by Virginia Woolf, Anne Frank's diary and the poems of Emily Dickinson, as well as two feminist-themed films.
Judge Paola Di Nicola's ruling follows an investigation launched in 2013 into a Rome-based prostitution ring that pimped two girls aged 14 and 15 in the upmarket Parioli suburb of the Italian capital.
The teenagers were lured into the world of sex work with cash which they used to “buy new clothes and the latest mobile phones”, reports said, citing investigators.
In the 2014 trial of the sex ring's mastermind, who was ultimately jailed for nine years, a judge said the girls were “children who got carried away with the debauchery, without restraint, so they could easily earn money”.
A copy of the latest court ruling was not available on Friday.
“But the decision suggests that the judge favoured a remedy that would help the young girl to understand the real 'damage' that she had suffered was damage to her dignity as a woman,” wrote the Corriere della Sera daily.
Adriana Cavarero, whose “Notwithstanding Plato” was among the books that the judge ordered the accused to buy for the girl, told the newspaper it would be better if the judge had read the works to the convicted man.
“Adolescence is not the time for reflection, what he did was much worse: an adult who, knowingly, paid for sex with a minor,” said Cavarero, a philosophy professor at Verona university.

Brothels start to close in Spain to cut Covid-19 risk