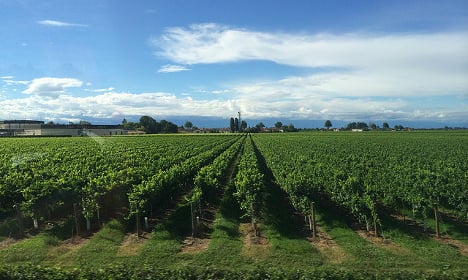 The project, called 'People4Soil', is racing to collect one million signatures from citizens across the EU before September 2017. If it succeeds, the European Commission will be forced to propose a raft of new soil laws.

The petition – known as a European Citizen's Initiative (ECI) – is an instrument aimed at promoting direct democracy across the 28-nation bloc. But since their introduction in 2012, just three ECIs have managed to garner the one million signatures needed to bring about political change.

Speaking at the initiative's launch in Turin on Thursday, Carlo Petrini, the founder of the sustainable food movement Slow Food, said he was confident the threshold would be surpassed.

“Getting one million signatures will be easy,” he said. “The difficulty will be effecting positive political change across the EU.”

Soil has become the subject of increased political debate and academic study over the last decade, owing to its fundamental importance of sustaining life on earth. Directly or indirectly, 95 percent of all global foodstuffs come from the soil.

But soils are not just places where food is produced.

They are home to one quarter of the world's biodiversity and are the second largest store of C02 after the Oceans. Just 0.1 percent of all Europe's soil contains the equivalent C02 as the emissions of 100 million cars.

Good quality soil also protects against flooding and landslides, as it can hold many times its dry weight in water. Yet in spite of soil's importance and highly fragile nature, there is currently no clear set of EU polices to protect it.

A concrete set of proposals for soil laws was made in 2006, but the plans were shelved in 2014 amid resistance from some member states over the impact new legislation would have on the agricultural and building industries.

The failure of the proposals means soil is currently subject to a patchwork of different legislation covering different policy areas, which proponents of People4Soil say is not enough.

“It can take up to 500 years to form a mere two centimetres of fertile soil,” explained EU Commissioner Andrea Vettori, who has thrown his weight behind the project.

“Across the EU, an area of fertile land the size of Berlin is being destroyed each year, thanks to urban sprawl, intensive agricultural processes and pollution. The annual cost of which is estimated at €38 billion.”