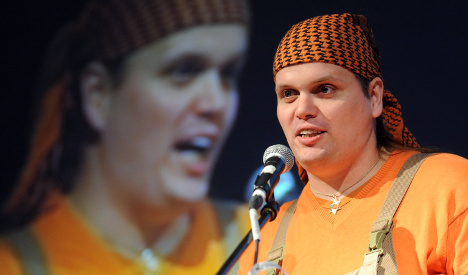 The Berlin public prosecutor's’ office declined to confirm the report to DPA.

Police reported on Tuesday that two men had been found dead inside an apartment in the southwest Berlin district of Steglitz. Berlin police explained that a “suicide letter” had led them to investigate the apartment and discover the “horrid sight” of the dead men, just one day after Claus-Brunner’s party lost their seats in the Berlin parliament election.

The police report further stated that a 44-year-old man – identified by German media as Claus-Brunner – had died due to suicide, while the younger man been killed by “blunt force to the upper body”.

A public prosecutor's spokesperson said that Claus-Brunner appeared to have killed the younger man, aged 29, not in his own Steglitz apartment, but in Wedding, which is in the northwest of Berlin and about a half hour's drive from Steglitz.

Claus-Brunner then transported the body out of the younger man’s Wedding apartment and brought the corpse to Steglitz, where he killed himself days later. the spokesperson added.

German media have since identified the 29-year-old as Jan L., who had been a Pirate party activist and had even worked in Claus-Brunner’s office.

Tagesspiegel reported that Jan L. had reported Claus-Brunner for stalking before his death and police this week questioned a friend of his in Wedding, who had advised him to go to police.

Die Welt reported that in the months leading up to his death, Claus-Brunner had been tweeting about the victim, affectionately calling him “curly-head”. On the Friday before the two men were found dead, Claus-Brunner tweeted a picture of Jan L. with the caption “My love, my life, for you my dear curly-head, forever and ever”.

Another Twitter post, according to Die Welt, from that day read: “A really shit day today, worse than all the bad days I’ve had before. Hopefully the weekend will be better.” The newspaper speculates writes that Jan L. may have already been dead by this point.

Claus-Brunner had also made some strange statements publicly before his death. Speaking to the Berlin parliament on June 23rd for the last time, he said that after the September 18th election, his party would no longer be part of the parliament due to their poor polling numbers.

“In this current legislature, you will also stand up and have a minute of silence for me at the beginning of the plenary meeting,” he added.

When asked what he meant by this, he said that it was “meant in a figurative sense: when you have to deal with the AfD for the first time, you will light a candle for me. Something like that.”

The far-right AfD, which was founded in 2013, won seats for the first time in Berlin's parliament on Sunday with about 14 percent of the vote, raising concerns among traditional parties.

Claus-Brunner had been elected to the Berlin parliament in 2011 when the Pirate party won 8.9 percent of the vote and 15 seats.

His party, which stands for freedom of the Internet and privacy rights, failed to win seats in Sunday’s election, securing less than 2 percent of the vote.