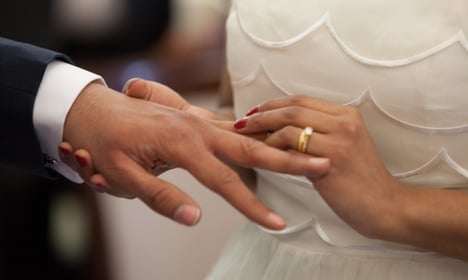 Expensive gifts must be returned to the giver after divorce. Photo: Pexels

Designer Katherine Price Mondadori was ordered to return a 13-carat diamond ring and valuable Picasso painting to her former husband, Italian businessman Giuseppe Gazzoni Frascara, who had given them as gifts during her marriage, Italian legal journal Studio Cataldi reported.

The Court of Cassation said in its ruling on Wednesday that the painting, reportedly given as an apology for missing a party, could not be considered a “usual” gift between lovers.

However, Price Mondadori is able to keep an expensive Klimt artwork given as a late Valentine's Day present, along with other gifts received for Christmas, birthdays and Valentine's Day.

The court noted that since gift-giving is traditional on these occasions and both parties involved were very wealthy, these gifts were given with “freedom of use” and so should be kept even after the breakdown of the marriage.

The Picasso painting, however, was so valuable that the court ruled Frascara was “impoverished” by its loss.

The couple divorced in 2005, with a local court ordering Price Mondadori to return the ring, Picasso painting and 13 other gifts. A Milanese appeals court in 2011 ruled that she should return just the ring and Picasso artwork; a verdict upheld this week by the Court of Cassation, Italy's top court for civil cases.

Neither had been satisfied with the initial ruling; while the woman wanted to keep all of the gifts, her ex-husband was hoping to secure their return.

Price Mondadori had since sold the Picasso painting, worth €600,000, so has been ordered to reimburse her husband for its value.