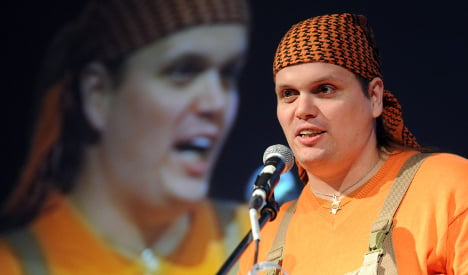 Police reported on Tuesday afternoon that a 44-year-old man – identified by German media as politician Gerwald Claus-Brunner – had sent a suicide note that led to the discovery of his dead body, along with the body of a younger man on Monday afternoon.

“Police came upon a horrid sight when they discovered the bodies of two men at the apartment on Schönhauser Strasse [in Steglitz],” police wrote in a report.

An autopsy showed that Claus-Brunner had killed himself, while an examination of the younger man revealed that he had been killed a few days before by blunt force to his upper body.

A homicide unit is currently investigating.

German media had reported earlier on Tuesday that Claus-Brunner had abused the other man before killing him. Tagesspiegel reported that police are still investigating whether this was the case.

The Berlin Pirate party said on Monday that Claus-Brunner had most likely killed himself because he was sick. Police had told the party that his death did not appear to be an accident or the act of another person.

“We do not know the exact circumstances, but we know that it was indeed an incurable sickness,” the party wrote in a statement.

The discovery of the bodies also came a day after Claus-Brunner's Pirate party failed to hold onto any of its senate seats in the Berlin state election.

According to Tagesspiegel, Claus-Brunner made some now unsettling comments months before he was found dead.

He spoke to the Berlin parliament on June 23rd for the last time, saying that after the September 18th election, his party would no longer be part of the parliament due to their poor polling numbers.

“In this current legislature, you will also stand up and have a minute of silence for me at the beginning of the plenary meeting,” he added.

When asked what he meant by this, he said that it was “meant in a figurative sense: when you have to deal with the AfD for the first time, you will light a candle for me. Something like that.”

The far-right AfD, which was founded in 2013, won seats for the first time in Berlin's parliament on Sunday with about 14 percent of the vote, raising concerns among traditional parties.

Claus-Brunner had been elected to the Berlin parliament in 2011 when the Pirate party won 8.9 percent of the vote and 15 seats.

His party, which stands for freedom of the Internet and privacy rights, failed to win seats in Sunday’s election, securing less than 2 percent of the vote.

The 44-year-old stood out in the Berlin legislature because he was very tall and often wore dungarees with a scarf around his head.

The former technician and engineer had once complained about being morally and mentally exhausted after he first started in the Berlin parliament, and after some party infighting. But he later said: “I will persevere because I am certain that a big part of this is behind me now.”

“Faxe, as we called him, was never uncontroversial, was never simple, and he also never had it easy. Every one of us can tell a story about him,” the party said.

“His work with the Berlin parliament gave him a new path in his life in his district of Steglitz-Zehlendorf, he was a tireless campaigner for the Pirates.

“Farewell Faxe! We will miss you.”