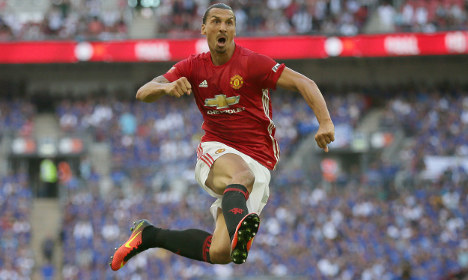 Along with being Sweden’s all-time record goalscorer and one of the biggest names in world football, Ibrahimovic already has a hit single with superstar producer Max Martin under his belt, as well as his own fragrance, so he isn't scared of branching out.

The enterprising Swede now has success in another field in his sights, buying into Stockholm-based Isbit Games, who launched in 2014 and produce titles ranging from first person shooters to puzzle games.

Sweden is a major player in the gaming industry, with household names like Candy Crush and Minecraft originating in the country.

An avid gamer, Ibrahimovic has spoken about his love of shooters like Call of Duty and Battlefield in the past, so his new investment will come as little surprise to his fans.

“Zlatan met Markus Koos, CEO of Isbit Games through common friends and it took off from that point,” Yann Blandy, CEO of communications agency Intellecta who announced Ibrahimovic's purchase, told The Local.

“He is truly passionate about games,” Blandy added.

Isbit are not yet ready to reveal what Ibrahimovic's plans for their work together are, but with the striker no shy type, it seems likely that more will be explained soon.