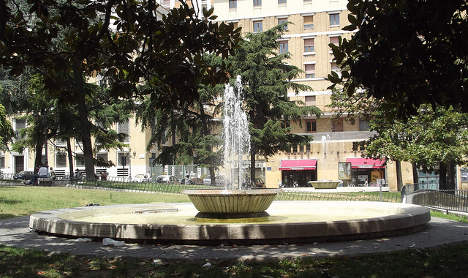 The judge at the local court, Giuseppe Ravotti, found the man guilty of “aggravated theft” and handed him a hefty €300 fine along with the suspended jail sentence.

The thief was caught by passing police officers as he helped himself to coins from the 'Fountain of Fertility' in June 2007. After trying to run away – feet still wet – he was arrested by the officers, who also retrieved the stolen cents, Il Gazzettino reported.

The defence has already lodged an appeal, referring to previous judgements by the Court of Cassation, Italy's Supreme Court, relating to thefts from Rome's Trevi Fountain.

Italy has recently stepped up measures to protect its historic fountains; at the newly restored Trevi Fountain in Rome and many others, police presence has been increased, with officers on hand to stop tourists washing their hands or filling up their water bottles in the historic fountains.

Fines for illicit dips have also been hiked up in an attempt to crack down on tourists who seem unable to keep out of the water, either to cool down in the searing heat or recreate the famous Anita Ekberg scene from Fellini's La Dolce Vita.