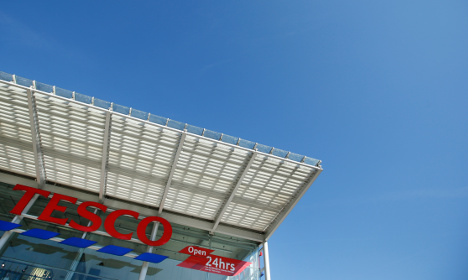 Carl Rogberg, who is the former finance director of Tesco UK, was charged on Friday alongside Christopher Bush, the former managing director, and John Scouler, the former commercial director for food, with fraud by abuse of position and false accounting, reports The Guardian.

Rogberg was born in Sweden and holds an MBA from the Stockholm School of Economics, but lives in the UK. He started his Tesco career as international finance director for Asia between 2006 and 2010.

The trio were suspended in November 2014 after it was discovered that the supermarket's accounts had been inflated by more than £263 million, causing the firm to later make significant losses.

The Serious Fraud Office (SFO) in the UK said the alleged activities took place between February and September 2014.

Rogberg and the other two are to appear at Westminster magistrates court on September 22nd.

“We note the decision of the SFO to bring a prosecution against former colleagues in relation to historic issues and acknowledge the investigation into the company is ongoing,” a Tesco spokesperson told the Telegraph.

“Tesco continues to cooperate with the SFO's investigation. The last two years have seen an extensive programme of change at Tesco, but given this is an ongoing legal matter, we are unable to provide any further comment at this time.”

PARTNER CONTENT
Still struggling with Swedish? Here’s how to accelerate your learning