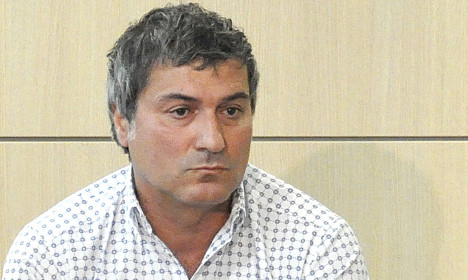 And a separate report headed by Sten Heckscher, former president of the Supreme Administrative Court of Sweden, on Monday outlined errors committed in the case by KI, the university closely linked to the hospital.

Excuses have been coming thick and fast since Asplund’s investigation said that Macchiarini should not even have been employed at the hospital where he carried out experimental synthetic trachea operations on critically ill individuals. Several resigned in its wake.

On Friday meanwhile, KI chairman Lars Leijonborg left his post on the same day that he was given the results of the Heckscher review. Leijonborg denied that criticism was behind his resignation.

Heckscher's report blasts KI for not investigating Macchiarini's background more before hiring him, particularly after negative reviews of his performance emerged from previous employers.

“I have never seen the like of these negative references. They certainly don't mince their words. He was for example mentioned in Italian media and was not considered competent for employment in Florence,” Heckscher told a press conference on Monday morning. “Those references would make anyone think twice.”

KI has apologized for its actions in the Macchiarini case, but only after the Karolinska University Hospital did so first, while the institute has also subsequently recognized that it put pressure on the hospital to hire the surgeon.

Developments in the Macchiarini affair are far from over: in total around a dozen inquiries into his operations in Sweden are under way.

He was reported to the Swedish authorities by four doctors as early as 2014, but an internal probe cleared him of research misconduct and carrying out procedures without ethical permission.