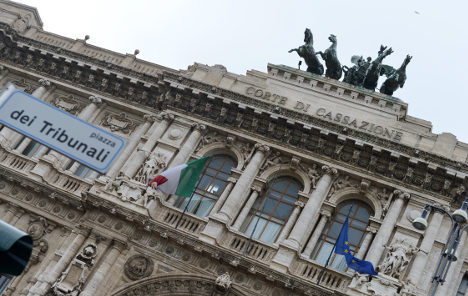 The ruling came from Italy's highest court, the Court of Cassation, in a case between a married man and his lover.

The woman had known that the man was married when they started the affair, but he persuaded her that he intended to end the marriage – he even created a fake divorce paper on his computer as 'proof' that his marriage was over, for which he is now charged with forgery.

Both the man's wife and mistress were pregnant, La Stampa reported, and the man had begun to look into marrying the girlfriend.

He faced an additional charge of attempted bigamy for this, but this charge was dropped because he argued that his intention was to prolong the love affair rather than get married.

The Court of Cassation has dealt with cases of betrayal before; for example, it ruled that it is illegal to spy on a partner's mobile phone, and a person who was having an affair at the time of separation will almost always have to pay alimony.