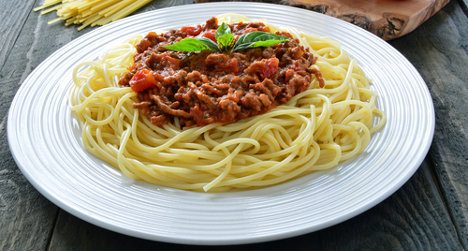 Spaghetti bolognese, pepperoni pizza and penne alfredo. Easy to pronounce, delicious to eat. If you order them in Italy, however, you’re likely to be in for a shock.

“I didn’t order this!” you may cry – while the waiter stands over you with a raised eyebrow.

As the owner of a food-tour company and cookery course in Venice, Monica Cesarato is wearily familiar with the kind of misconceptions that foreigners have about Italian food.

Although many of the people on her tours are well-travelled and open-minded, even they sometimes have the wrong idea about Italian cuisine. Often, they expect one thing – and they’re puzzled or even outraged when they get another.

“Once, a woman on my course even insisted that I was mispronouncing bruschetta,” Cesarato says with a chortle (in Italian, it’s pronounced ‘Brusketta’ not ‘Brushetta’.)

Thankfully, though, things are slowly changing – largely thanks to the popularity of TV shows about travel and cooking. As a former UK resident, Cesarato, who is married to a British man, says she was constantly finding herself eating 'Italian' food that was nothing of the kind.

“The first time I went to Britain, people were always telling me: ‘You Italians cook this and you cook that’ – and I had to tell them: ‘No, we would never eat that!’”

Often, these skewed ideas about what constitutes genuine Italian food are the result of emigration one hundred years ago.

“People don’t realize that the Italians who emigrated to the States and the UK were mostly impoverished farmers who couldn’t afford certain ingredients,” she explains. “Sometimes, 50 percent of an entire village would emigrate as a community and then carry on cooking like they did back at home,” says Cesarato. “But that wasn’t necessarily what everyone else was cooking back in Italy.”

Bear in mind, too, that dishes can differ wildly from one Italian region to another – so that what may be considered as generically Italian in America may in fact originate from some remote village in Sicily.

In Cesarato’s home region of Veneto, food is often very different from the rest of Italy, and therefore often undervalued or misunderstood abroad, she says.

As a port and a major centre for commerce and trade, Venice has been exposed over the centuries to many different cultures. This has left an indelible mark on the city’s cuisine.

But what about pizza? From the number of tourists who order it in restaurants in Venice, you’d think it was a traditional Venetian speciality. Wrong.

“Pizza came from Naples in the south of Italy,” says Cesarato. “But what people fail to realize is that it spread first to America and then to the rest of Italy.”

“We never really had pizza until people from the south of Italy started moving to the north for work in the 60s and 70s. Now, you see the locals making pizza too – but back in the 80s all the pizzaioli (pizza chefs) were from Naples.”

As you might expect, pizza has been experimented with abroad a great deal more than in Italy. In America, particularly, some of the weird and wonderful toppings (eg: pineapple and ham) would be anathema to most traditional Italian pizza chefs.

As Cesarato says, Brits and Americans have a tendency to “complicate” food in a way that native Italians would never dream of doing. The truth is that they have relatively simple tastes.

Finally, to help the unsuspecting visitor to Italy or recently-arrived expat, Cesarato pinpoints the ten dishes which are not actually Italian.

Monica Cesarato is a food blogger, culinary tour guide and teaches cookery courses in Venice. She is currently co-writing a book with about Cicchetti (Venice version of tapas). To find out more about her food tours and cookery classes go to her Cook in Venice website.

Venice wins all the prizes for being the home of the spritz: the jewel in Italy’s summertime daisy crown and one of the country’s most popular exports.

To first-time customers, the sweet-and-bitter combo can taste unpleasantly like a poisoned alcopop. Stick with it, however, and you’ll soon learn to appreciate this sunset-coloured aperitif, which has come to feel synonymous with summer in Italy.

The most common version is the bright orange Aperol Spritz, but if this starts to feel too sweet once your tastebuds adjust then you can graduate to the dark red Campari Spritz, which has a deeper and more complex flavour profile. 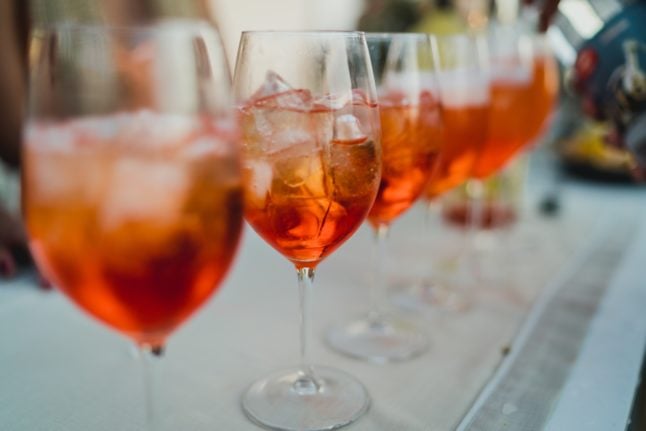 If you’re too cool for the unabashedly flamboyant spritz but want something not too far off flavour-wise, consider the Negroni.

It’s equal parts gin, vermouth and Campari – though if you want a more approachable version, you can order a ‘Negroni sbagliato’ – literally a ‘wrong’ Negroni – which replaces the gin with sweet sparkling Prosecco white wine.

Served with a twist of orange peel and in a low glass, the Negroni closely resembles an Old Fashioned, and is equally as stylish. A traditional Negroni may be stirred, not shaken, but it’s still the kind of cocktail that Bond would surely be happy to be seen sipping.

A crodino might be just what you’re after. With its bright orange hue, it both looks and tastes very similar to an Aperol Spritz – so much so that you might initially ask yourself whether you’ve in fact been served the real thing.

Similar in flavour are soft drinks produced by the San Pellegrino brand; bars that don’t have any crodino on hand will often offer you ‘un San Pellegrino’ as a substitute. These drinks are usually available in multiple flavours like blood orange, grapefruit, or prickly pears. 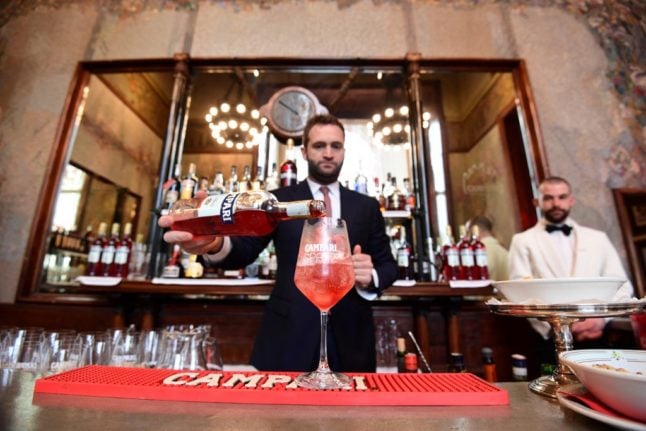 Much like the crodino, the chinotto is another distinctive bitter Italian aperitivo drink.

With its medium-dark brown colouring, however, the chinotto bears more of a resemblance to Coca Cola than to the spritz, leading to its occasionally being designated as the ‘Italian Coca Cola’.

In reality far less caramelly and much more tart than coke, the chinotto has its detractors, and the fact that we’re having to describe its flavour here means it clearly hasn’t set the world alight since it was first invented in the 1930s (it was subsequently popularised by San Pellegrino, which became its main Italian producer).

If you’re looking for another grown-up tasting alternative to an alcoholic aperitivo, however, the chinotto might just be the place to look.

What’s not to love about the bellini?

Its delicate orange and rose-pink tones are reminiscent of a sunset in the same way as a spritz, but with none of the spritz’s complex and contradictory flavours.

A combination of pureed peach and sugary Prosecco wine, the bellini’s thick, creamy texture can almost make it feel smoothie or even dessert-like. It’s a sweet and simple delight, with just a slight kick in the tail to remind you it’s not a soft drink.

Not a fan of drinks of the fruity/citrusy/marinated herby variety?

If caffeine’s more your thing, Italy has an answer for you in the caffe shakerato: an iced coffee drink made with espresso, ice cubes, and sugar or sugar syrup.

That might not sound inspired at first, but hear us out: the three ingredients are vigorously mixed together in a cocktail shaker before the liquid is poured (ice cube-free) into a martini glass, leaving a dark elixir with a delicate caramel coloured foam on top.

You couldn’t look much more elegant drinking an iced coffee than sipping one of these.