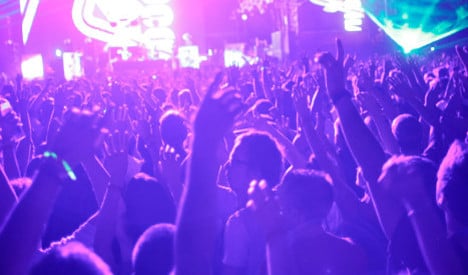 Running in conjunction with the Christopher Street Day in July, the Hans-Sachs Street Festival has been celebrated since 1991 in the Bavarian capital.

Head down to Hans-Sachs-Straße and Ickstraße from 1pm, where the streets will be transformed into an open air party and there’ll be music all around, as well as food and local brews.

Marvel at the dark night sky bursting into brilliant colour when talented firework-makers battle it out to be crowned champion of the Pyro Games.

The firework contest, otherwise known as the 'Duel of the Pyrotechnicians', involves four teams who compete to showcase the most innovative and creative fireworks.

Kicking off the night, there will be live music and interviews with the daring pyrotechnicians.

The teams will then take to the stage and create astounding firework displays, in a bid to win the much-coveted trophy.

And if all that isn’t enough, the sky will be lit up once more by an enormous laser show put on by the artist Jürgen Matkowitz.

All throughout the evening, you can vote for your favourite teams by phone and the winner will be crowned at the end of the night.

Want to experience the magic? Book tickets online. Seats are available from €25.40 and standing tickets can be purchased for €16.60. Techies and games addicts won’t miss a visit to Europe’s largest trade show for interactive games and entertainment, where over 300 new products for computers and other consoles are showcased.

Want to know what the future holds for digital entertainment? This is the place to be to try out the latest games to hit the market.

Interested? Get your tickets on Saturn or StubHub as soon as possible because there's not many left.

Big names like David Guetta, Knife Party, Rudimental, Robin Schulz and Paul Kalkbrenner are in the lineup for this year’s “Sun Moon and Stars” Festival, one of the biggest open-air electro music festivals in Europe.

Bring your swimming costume with you, because in between seeing all the amazing acts, you can also head down to the on-site beach.

Tickets have sold out on the official site but are still available here.

This music and art festival will be top of the list for indie, rock, electro, and hip-hop fans, as huge acts take to the stage in front of crowds of between 20,000 and 22,000 people.

As well as these acts, there will be a poetry slam and a tiny disco of 40 square metres. Also, the work of numerous visual artists will be on display.

Day tickets can still be bought starting from €39, but get them quickly as they’re selling fast. If Beethoven is more your cup of tea than Bastille, Berlin’s Konzerthaus will be home to a series of fantastic classical concerts for the latter half of this month.

Youth symphony orchestras from all over the world will be treating the audience to works of European orchestra tradition as well as music from their respective home countries, and maybe even some new works as well.

Three of the best international youth orchestras are playing this year – the European Union Youth Orchestra with players from all 28 member states of the EU, the Schleswig-Holstein Festival Orchestra, and the Gustav Mahler Youth Orchestra.

Also, a number of orchestras from eastern Europe will be making their debut – the Romanian-Moldovan Youth Orchestra, the Pioneer Youth Philharmonic Orchestra (the national youth orchestra of Bulgaria), and the Symphony Orchestra from the Mussorgsky Conservatoire in the Russian city of Ekaterinburg.

Does this capture your fancy? Book your tickets here.

For one day only, Germany’s oldest tourist wine route (otherwise known as the German Wine Road) will be closed off to cars, leaving it completely open for walkers and cyclists to enjoy.

Wineries all along the 85 kilometre-long stretch are open for the visitors who flock to the beautiful spot.

The road starts at the Haus der Deutschen Weinstraße (House of the German Wine Street) in Bockheim and ends at the Deutsche Weintor (German Wine Gate) in Schweigen on the French border.

The perfect way to spend a hot summer evening in Bavaria’s capital – enjoying some of the best films of the year on a big screen with the beautiful Olympic Lake as a backdrop.

Unlike other seasonal cinemas in Germany, this open-air cinema shows films in 3D.

Book your tickets here. Then all that’s left is to sit back, relax, and enjoy!

PARTNER CONTENT
Your Swedish consumer rights: What you need to know
Url copied to clipboard!