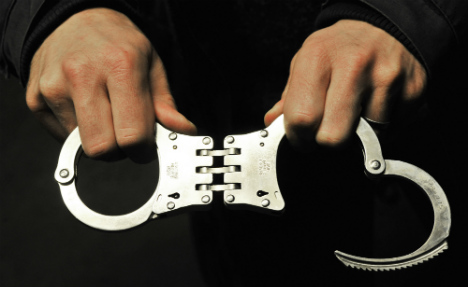 Is this Saxony's most persistent burglar, or its silliest? Only someone with more courage than sense would intrude into the same house multiple times and not expect to be caught.

The first time Sebastian R. broke into the holiday home, he nicked several flat screen televisions worth €2,000, stashed them away in bags, and made off with his loot.

It was all going so well when the police stopped him on his way home. “I’m moving house”, he claimed, and the police him let him off scot-free. He could breathe a sigh of relief this time.

After breaking and entering for the second time just two weeks later, the burglar thought he had got away with it again.

Unfortunately not: the savvy owner had got wise to his plans and caught the whole thing on camera.

Undeterred, the serial offender had a crafty idea up his sleeve. 3 days later, he forced entry for the third time and stole the camera.

But completely unbeknown to him, the owner had installed a second camera which had recorded everything.

When the determined intruder broke in for the fourth time, he was in for the shock of his life. This time the owner had gone one further and created a trap of tear gas.

After nabbing a strimmer from the garage – presumably to use as a tool to break in – all the while being filmed yet again, the unfortunate klutz stepped on a trip-wire.

This triggered the release of the tear gas, which sprayed 1.5 metres and left him in searing pain.

The police were eventually able to catch the persistent thief, as he had stashed away his plunder in the most obvious place of all: his own flat.

Yesterday, the trial took place at Zwickau County Court. Sebastian R. was sentenced to 2 years in prison by the judge, Stephan Zantke.

Despite being behind bars, the R. has somehow managed to get into more scrapes – literally. While playing sports in prison, he fell over and broke his collarbone.