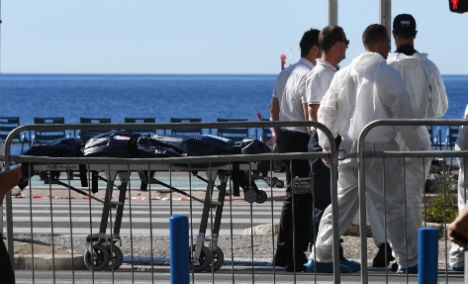 This report was written by AFP shortly after the Paris terror attacks. But it is a question everyone has been left asking once again after Thursday's mass killing in Nice.

The bloody attacks in Paris show that France is a target of choice for jihadists due to its air strikes against Isis in Iraq and Syria, as well as its controversial ban on the burqa face veil and attitude to Muslims, analysts say.

“If you can kill an American or European infidel, especially the dirty, nasty French … then count on Allah, kill him any way you can,” said an Isis spokesman, Abu Mohammed al-Adnani, in 2014 as the US-led coalition launched its anti-Isis raids in Iraq.

Perhaps inspired by these words, jihadist attacks against France over the past year have been of unprecedented ferocity.

In January, 17 people were killed in Paris in a string of attacks against satirical magazine Charlie Hebdo, a policewoman and a Jewish supermarket. And in June, a man beheaded his boss in southeast France.

Friday night, a series of attacks that for the first time brought suicide bombers to Paris, left at least 129 people dead and 350 injured.

France is “a target due to counter-terrorism activities in north and central Africa as well as the perceived mistreatment of and discrimination against the Muslim minority in France itself,” said Matthew Henman, head of Jane's Terrorism and Insurgency Centre in London.

In October 2015, France extended its air campaign to Syria where its fighter-bombers have carried out five strikes against Isis training camps and oil sites. As part of the drive to intensify the campaign, the French aircraft-carrier Charles-de-Gaulle is due in the area in December.

A witness to the Friday's attack on a crowded concert hall where more 82 people were killed, Pierre Janaszak, said he heard the attackers say: “'It's the fault of Hollande, it's the fault of your president, he should not have intervened in Syria'”.

But Shashank Joshi of the Royal United Services Institute (RUSI) in London said “the pretexts and causes of such attacks are exceptionally complicated, and rarely is there a single factor involved.”

“I do not believe that French abandonment of air strikes would protect it from attacks, because there would simply be some further alleged provocation that would be cited by future terrorists,” he added, saying that the level of sophistication of the attacks meant they were probably planned before France's Syria campaign began.

Aside from its international actions, France has come under sharp attack from radical Islamists for banning headscarves in schools in 2004 and then the wearing of the burqa face veil in public in 2010, as part of its secular legacy.

Its long tradition of freedom of expression which enables public criticism of religion too has irritated religious hardliners. The attack in January against Charlie Hebdo followed the satirical weekly's publication of cartoons of the Prophet Mohamed.

Many of France's Muslims originate from former French colonies in North Africa, like Morocco, Tunisia and Algeria. France has had an uneasy relationship with these countries, especially Algeria, which has also helped breed resentment among it's five million strong Muslim population.

But in reality many third generation immigrants have found it hard to integrate in a country that demands, possibly more than ever that the principle of laicité or secularism is respected.

Many suspect calls from the likes of the National Front's Marine Le Pen for Muslims to respect secularism is simply a thinly disguised form of Islamophobia.

“France is the country with the most frustrations linked to Islam,” said sociologist Raphael Liogier, adding that  was why “more than anywhere else young people are ready to sign up” to radical groups.

A total of 571 French nationals or French residents have joined Isis in Iraq and Syria, of which 245 have returned and 141 have died, according to official figures.

These fighters are among the first called on to strike their country of origin, and can be seen in Isis propaganda videos calling for attacks against France.

Isis knows that France is vulnerable to extremism on both sides and it seeks to exploit the cracks in society which will lead to confrontation.

When the head of France's internal security Patrick Calvar talks of the prospect civil war between France's extremist groups, this must be music to the ears of Isis commanders, who know further attacks could push some right wing extremist to respond with violence.

It must be said that France is far from having been the jihadists' only targe – with over 200 killed in recent Isis attacks in Iraq.